Rain on your Wedding day? Thea and Sam were all smiles!
37017
portfolio_page-template-default,single,single-portfolio_page,postid-37017,,select-theme-ver-3.2.1,wpb-js-composer js-comp-ver-4.12,vc_responsive

Rain on your Wedding day? Why Thea & Sam were all smiles!

The drought was no more!

Are you worried about rain on your wedding day? Thea didn’t think it would be a consideration since her wedding was planned during a very long drought. However, on January 17, 2020 it was Thea and Sam’s wedding that broke the drought! Or at least that is what I am calling it. You may even remember that Friday as the rain was coming in sideways.

It is probably best if I let Thea explain how she felt about the day.

“Reviewing the Bureau of Meteorology app in the days leading up to the wedding was stressful. However, on the morning of the wedding I felt strangely calm, even with the torrential downpour taking place outside! I remember thinking that whatever happened, in a couple of hours I would be saying my vows and signing the marriage certificate. Sam and I would be married! As corny as it sounds, that really was all that mattered. And all of my guests had the same attitude. They were just happy to be there, full of smiles and laughter. Even though the ceremony wasn’t what I had originally planned, the memories are so wonderful that I wouldn’t want it any other way!”

Thea and Sam said their vows with 30 guests at an Airbnb because the Balmoral Rotunda was not going to keep anyone dry. Luckily the rain eased a little and we were able to walk down the street to take some group photos.  We even captured some super cute couple pics under an umbrella! And who could forget the scene stealer and Dog of Honour Marti! A huge thank you to Amy from Wedding Paws for helping with more than just pet sitting! So how do you think you would feel if you had rain on your wedding day?

All Thea and Sam’s details – ‘Rain on your wedding day’ 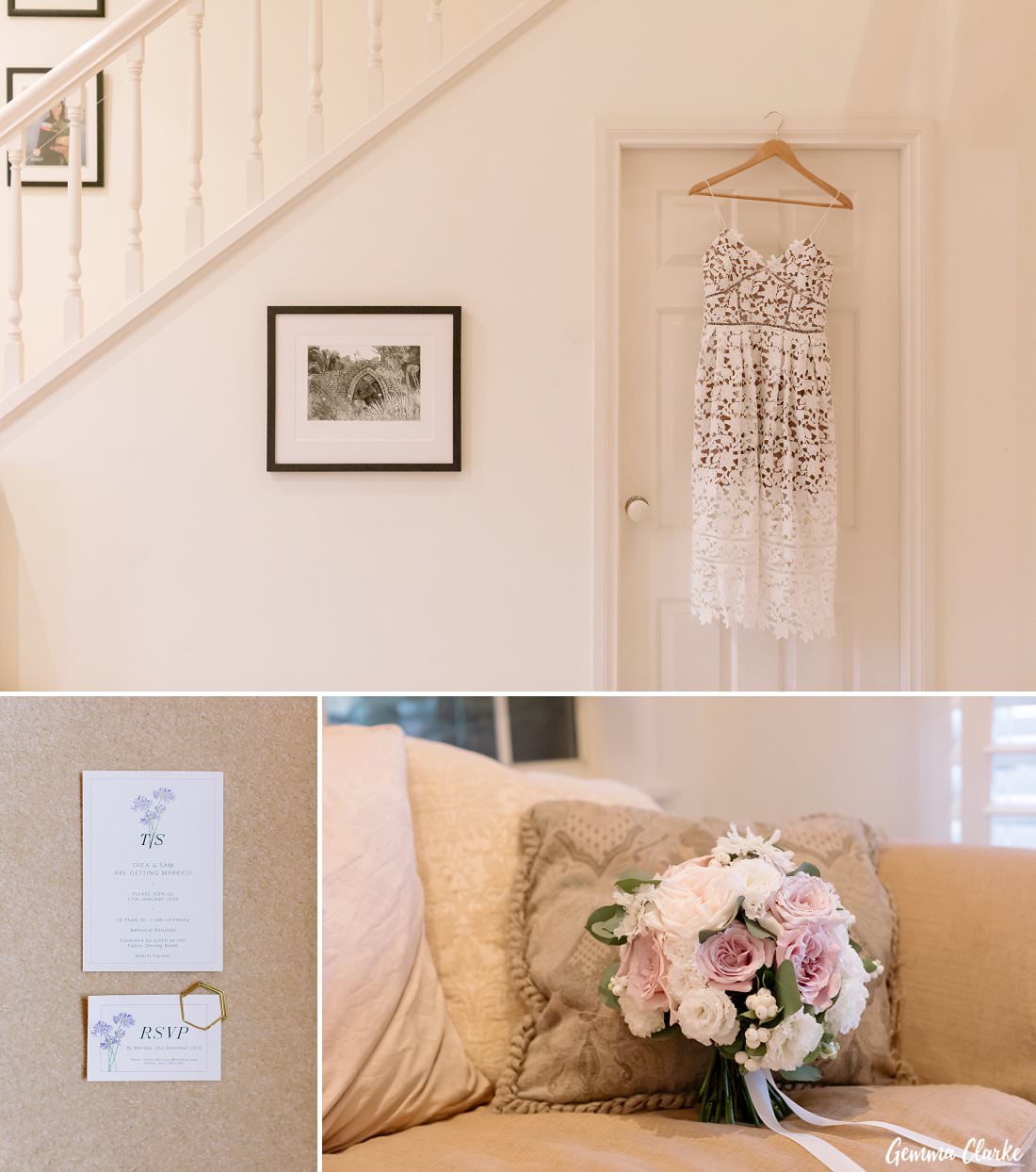 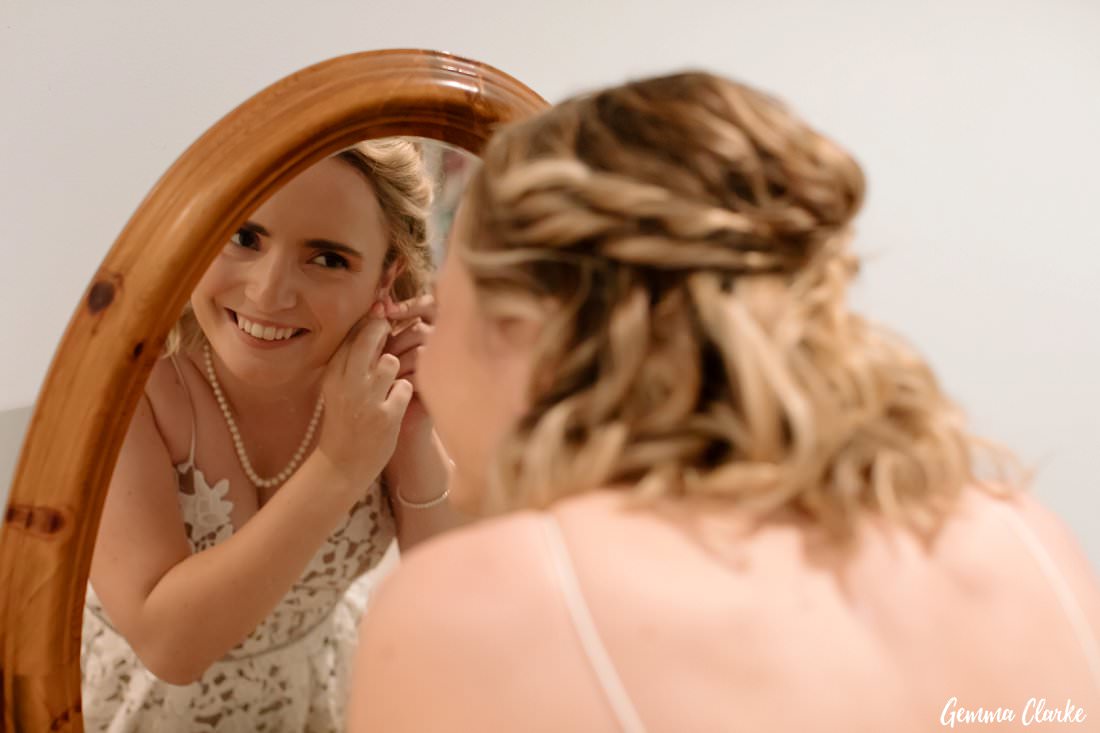 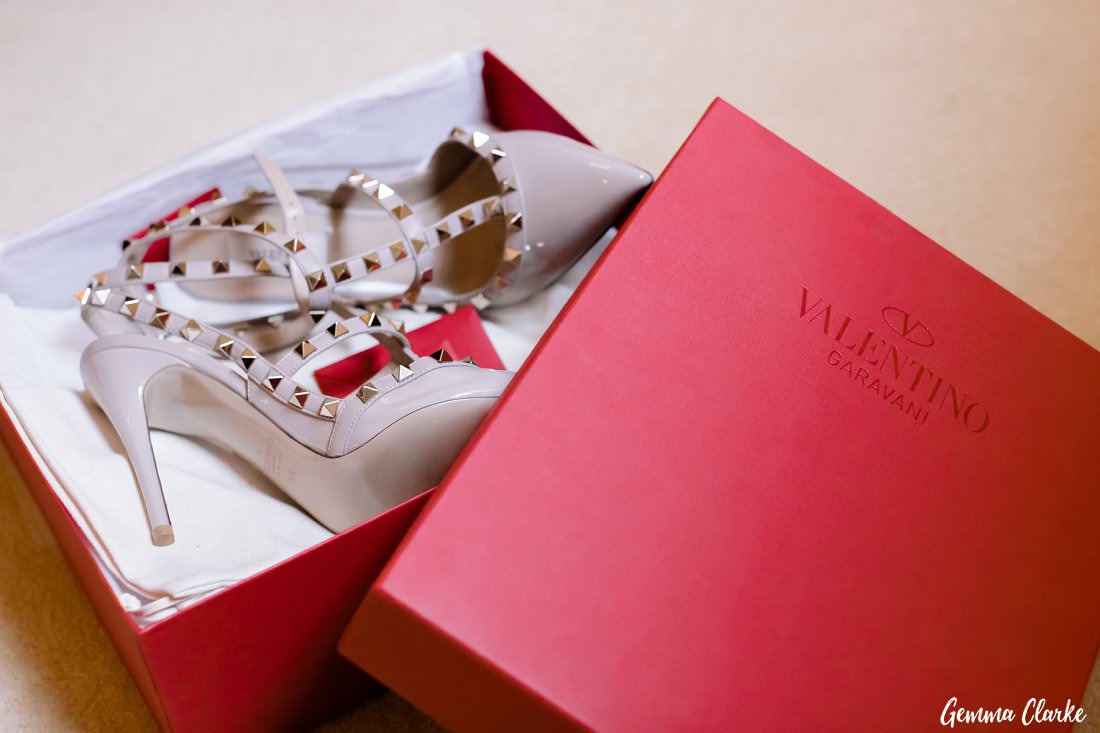 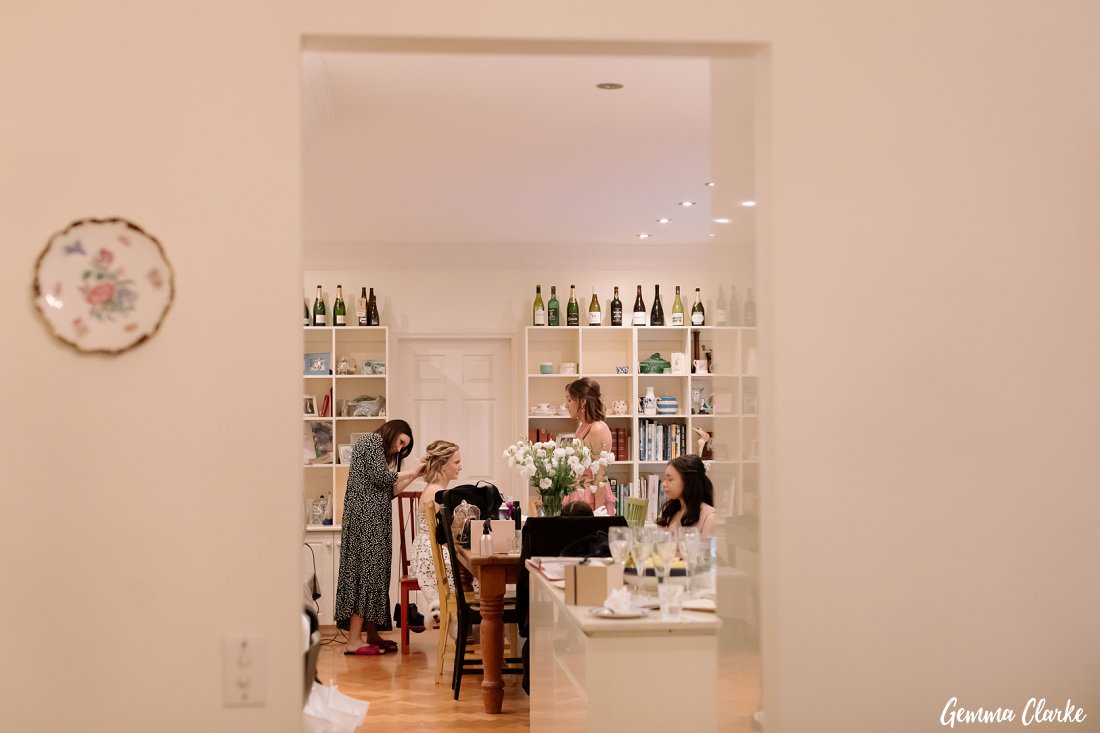 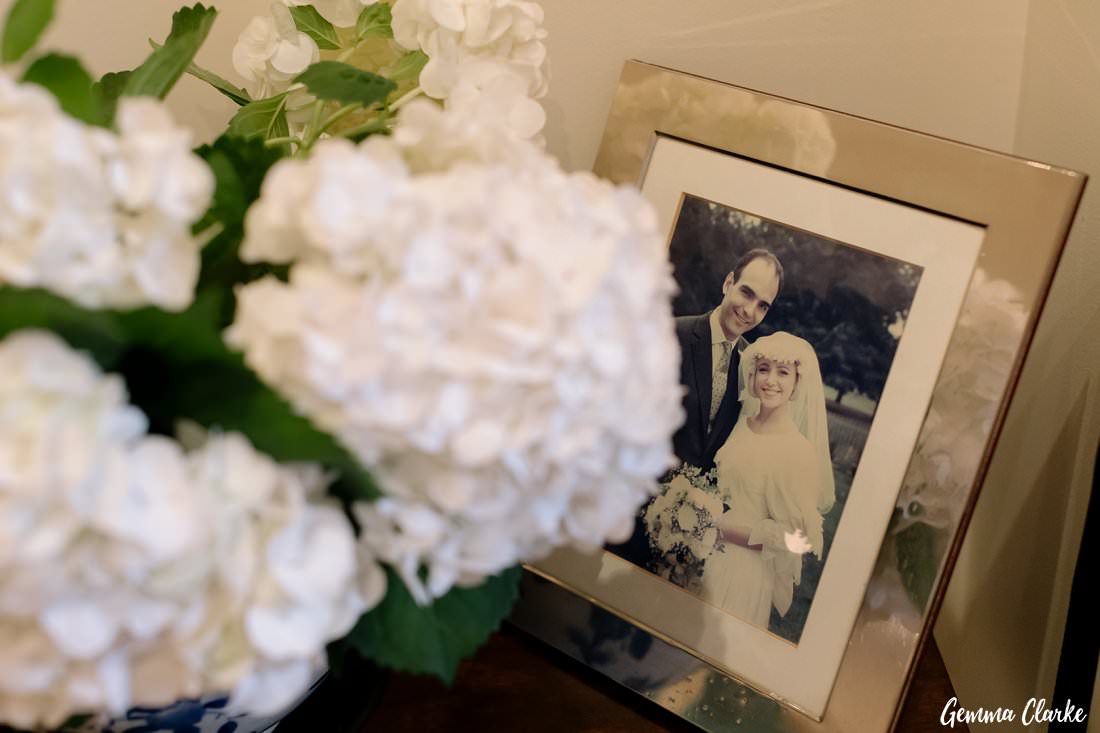 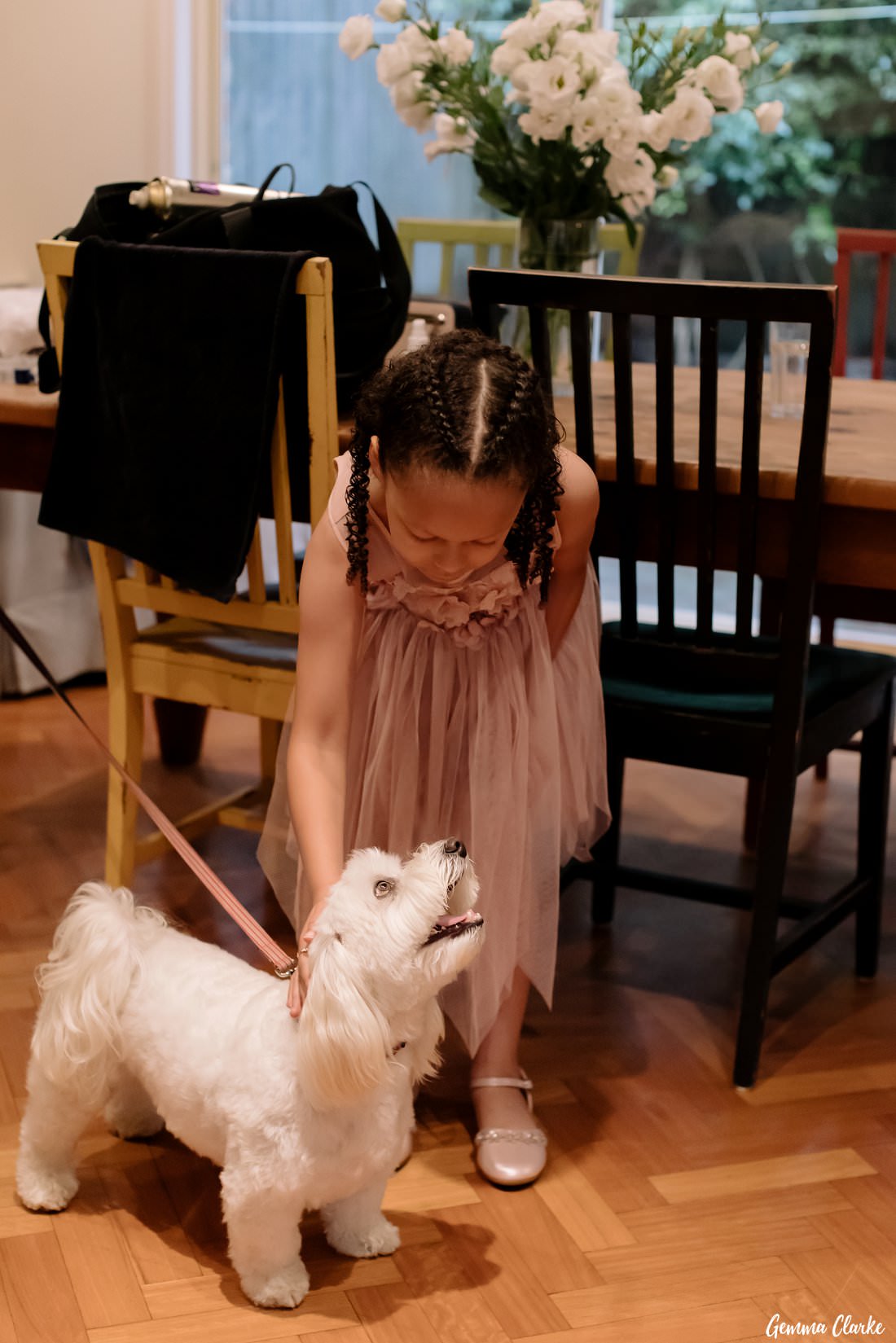 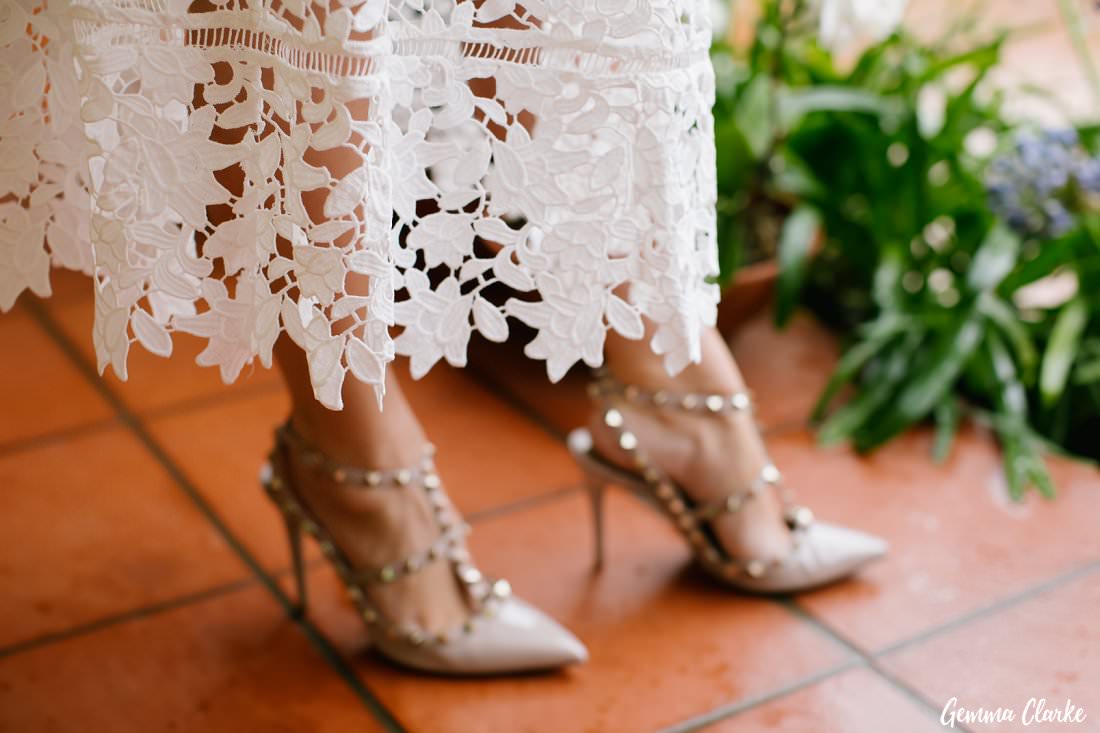 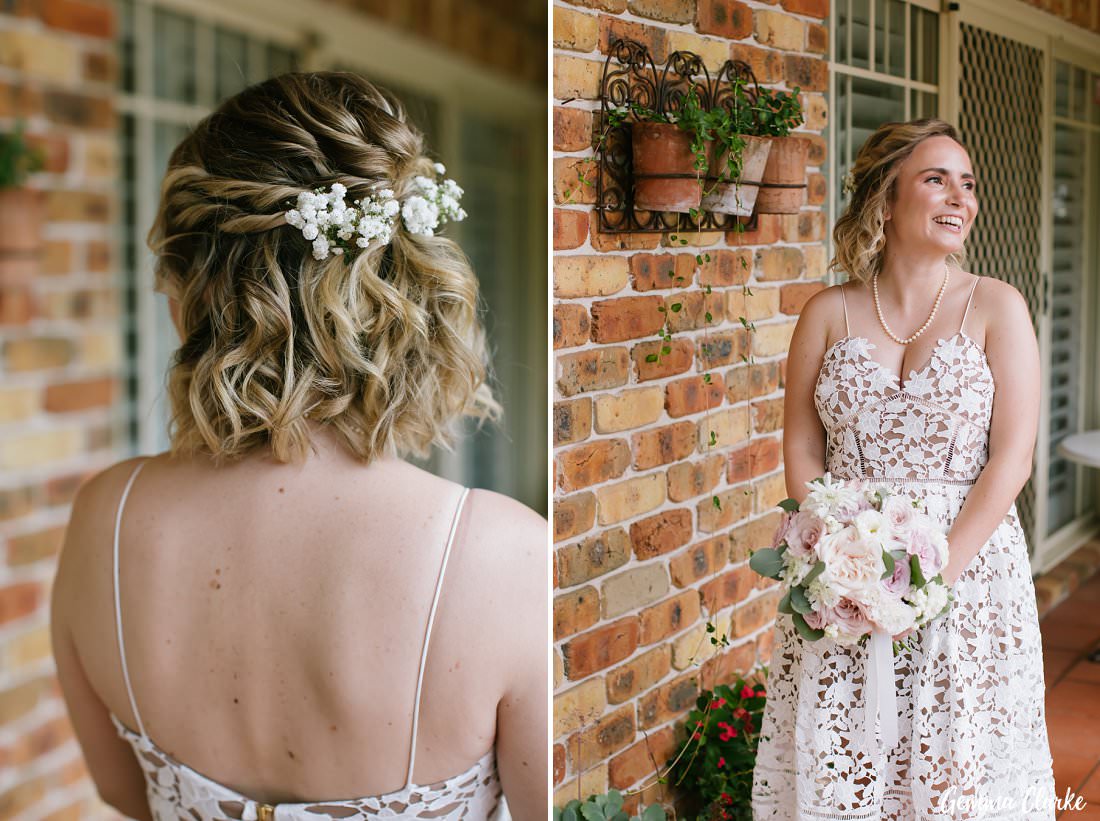 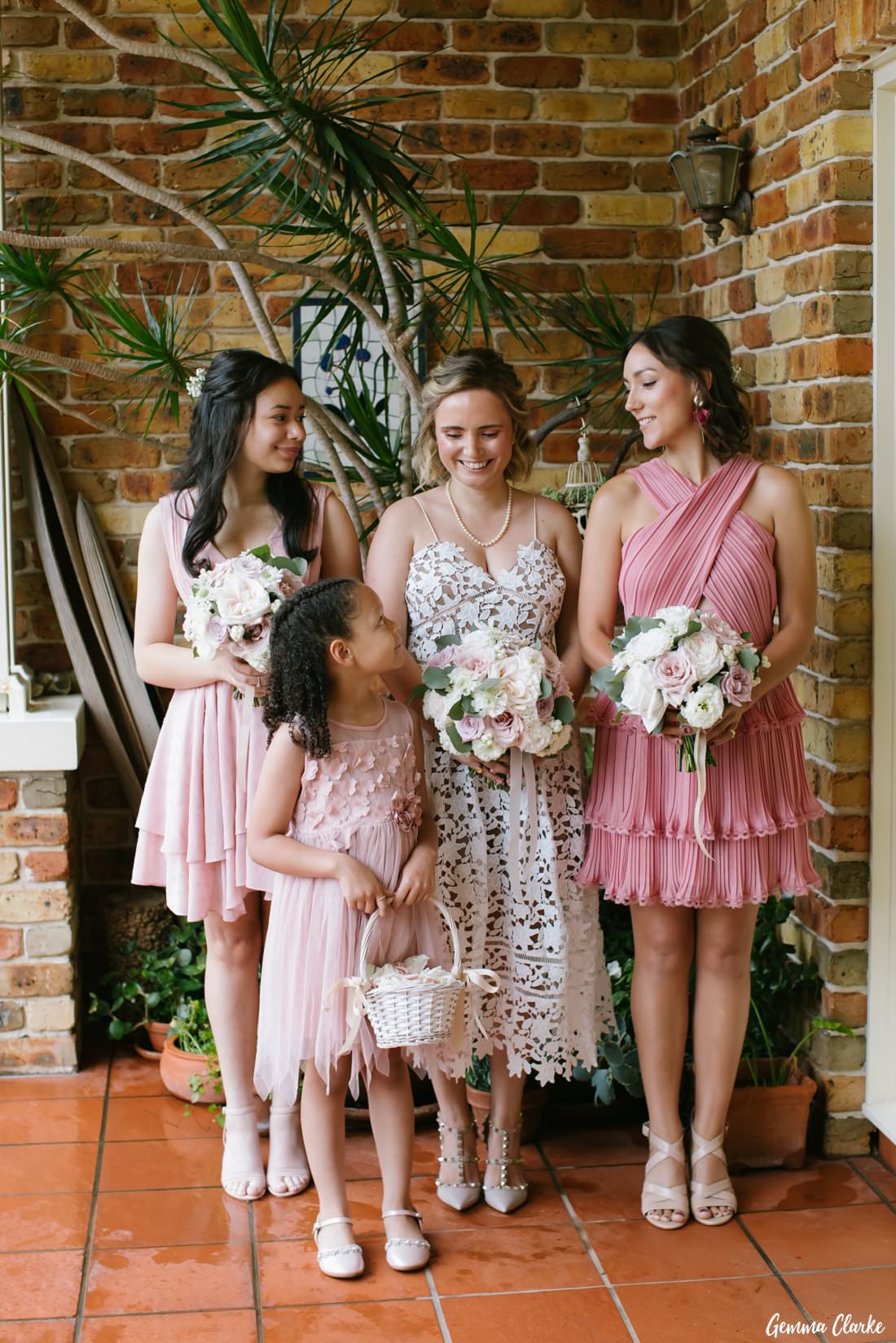 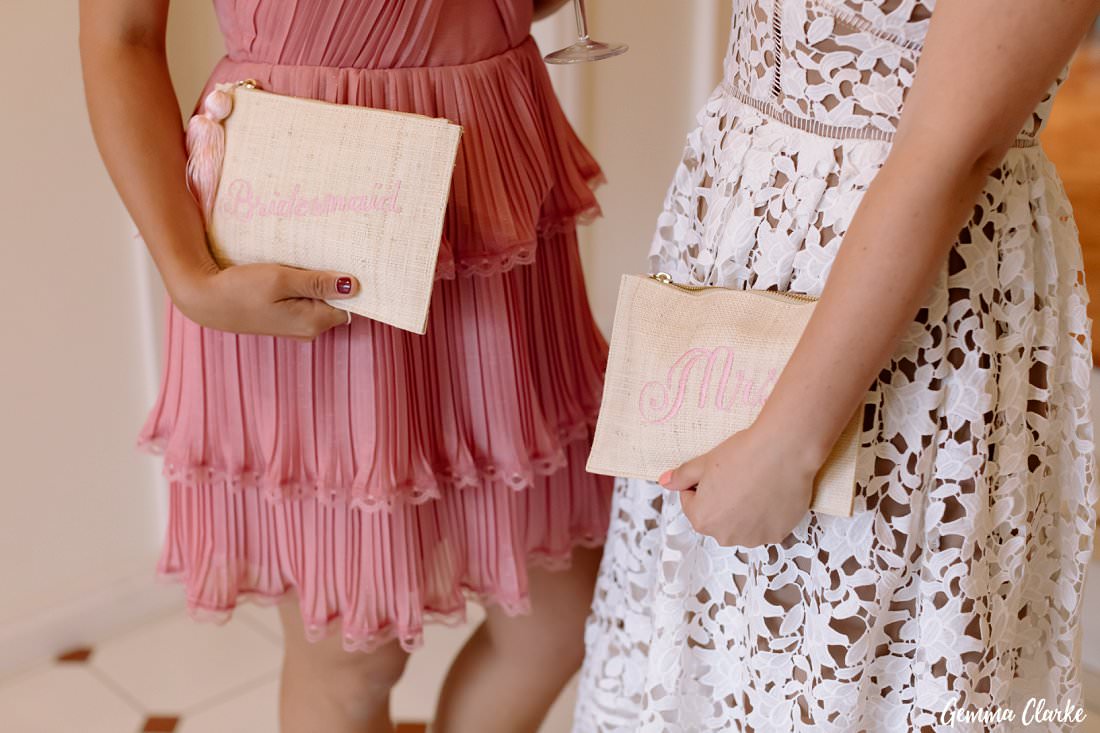 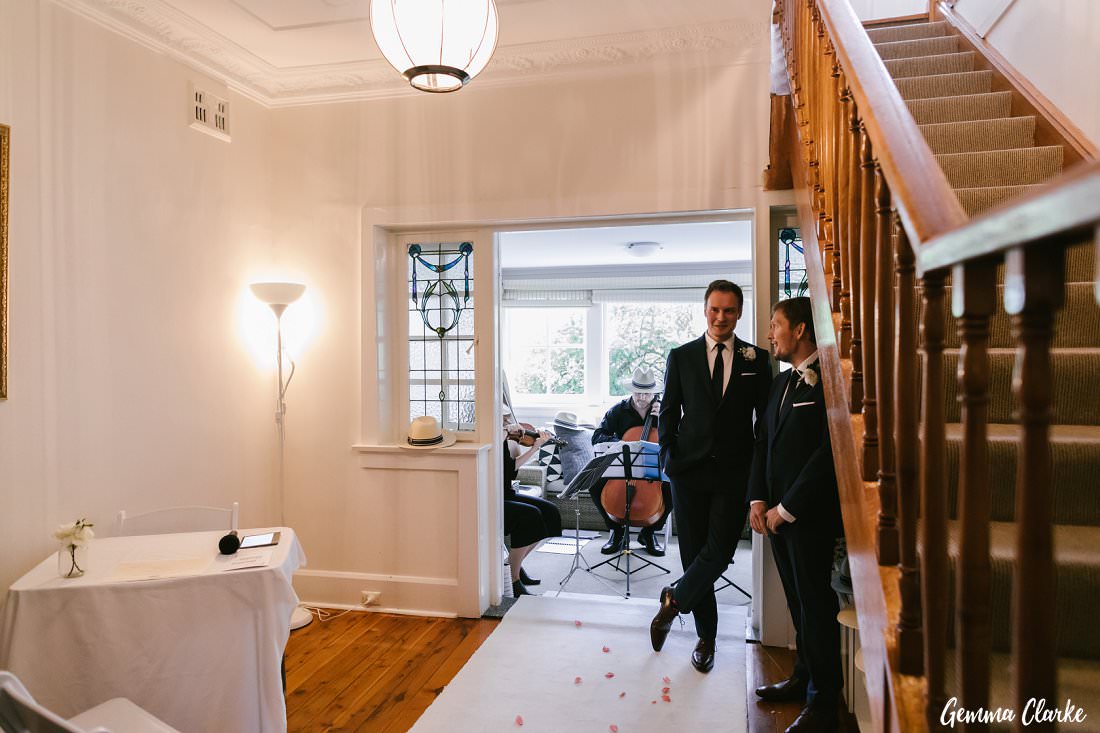 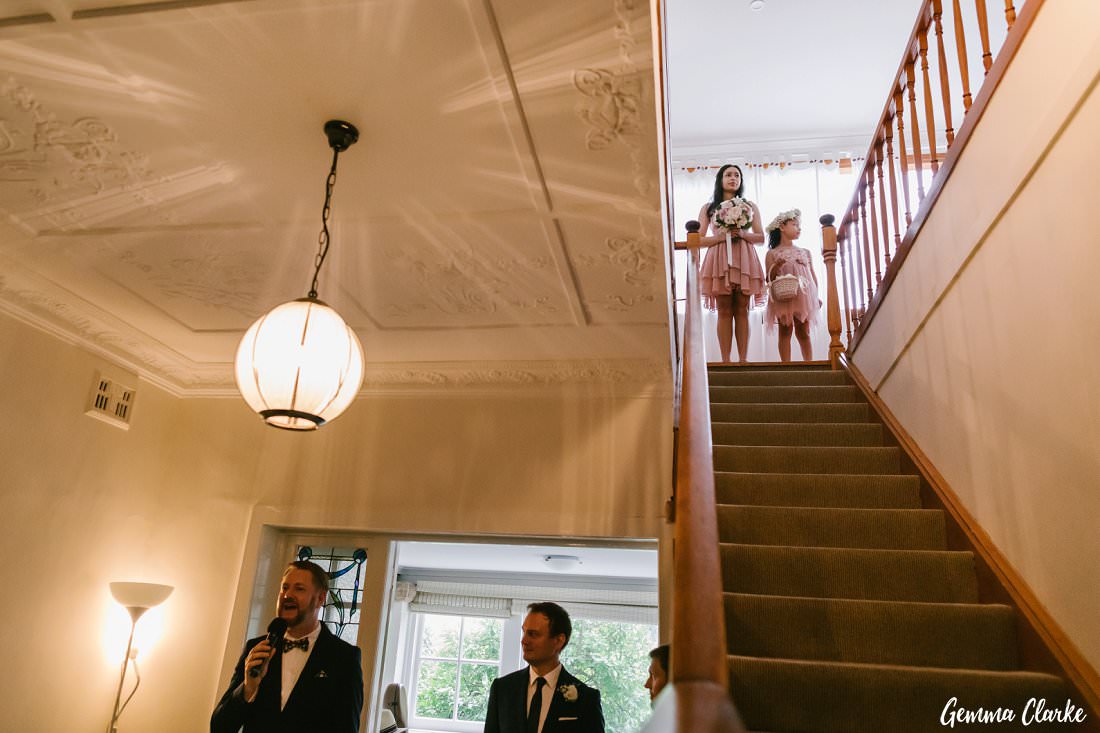 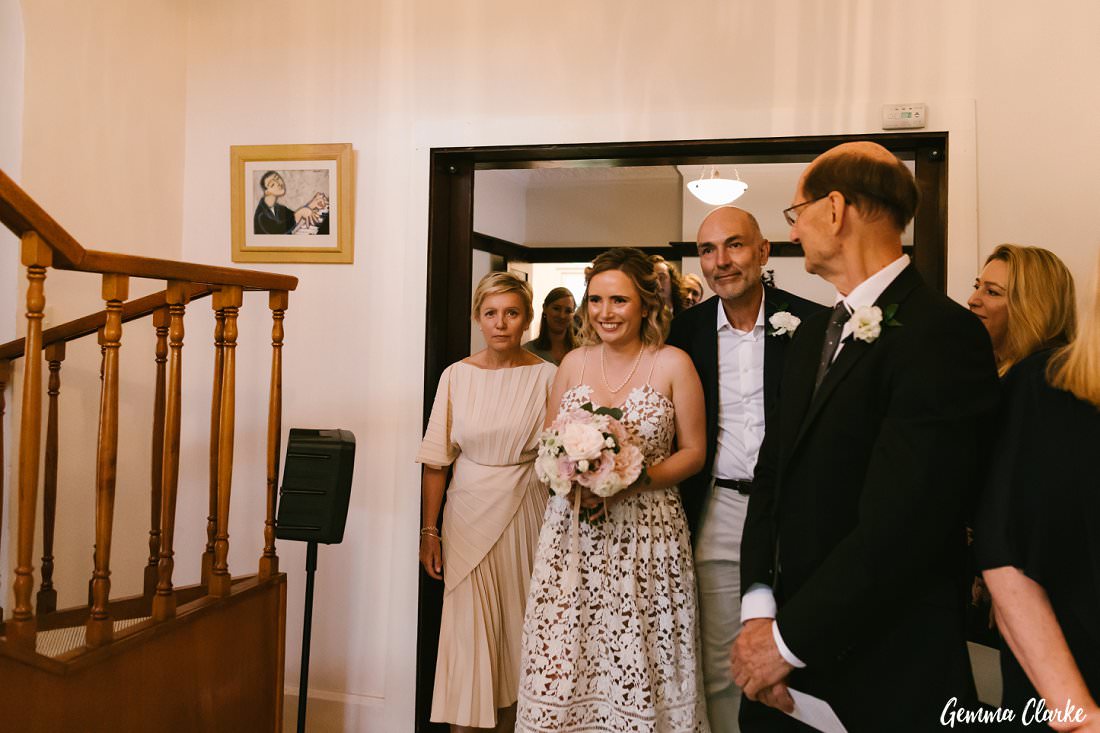 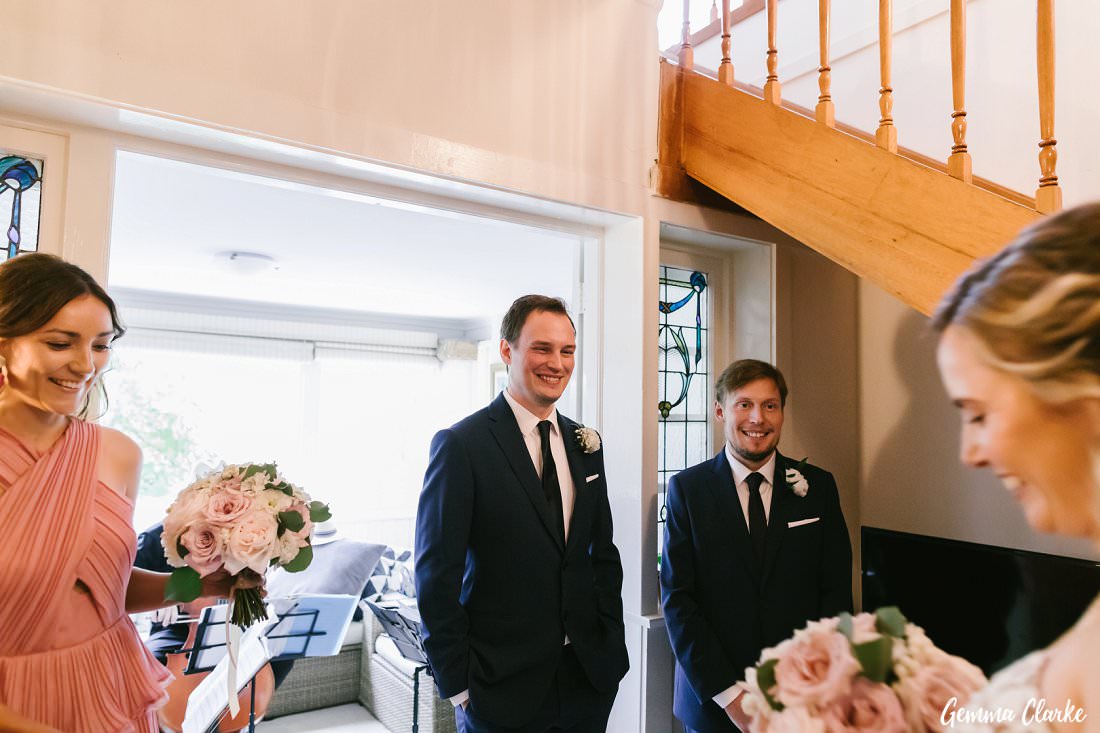 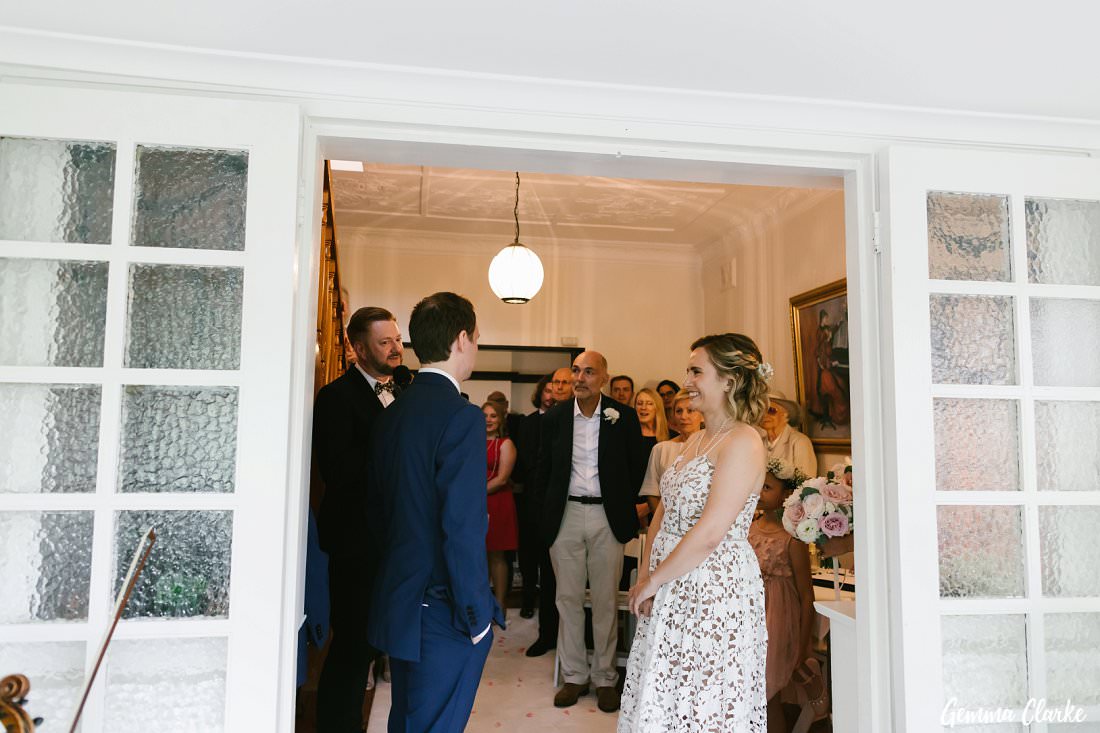 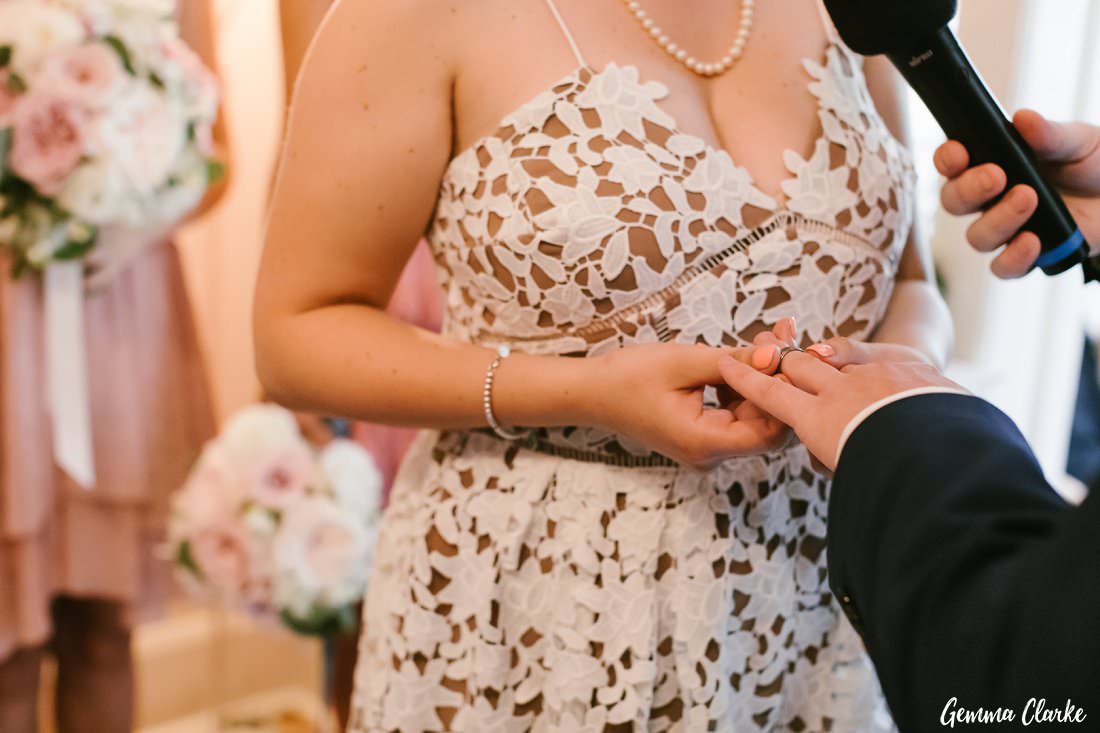 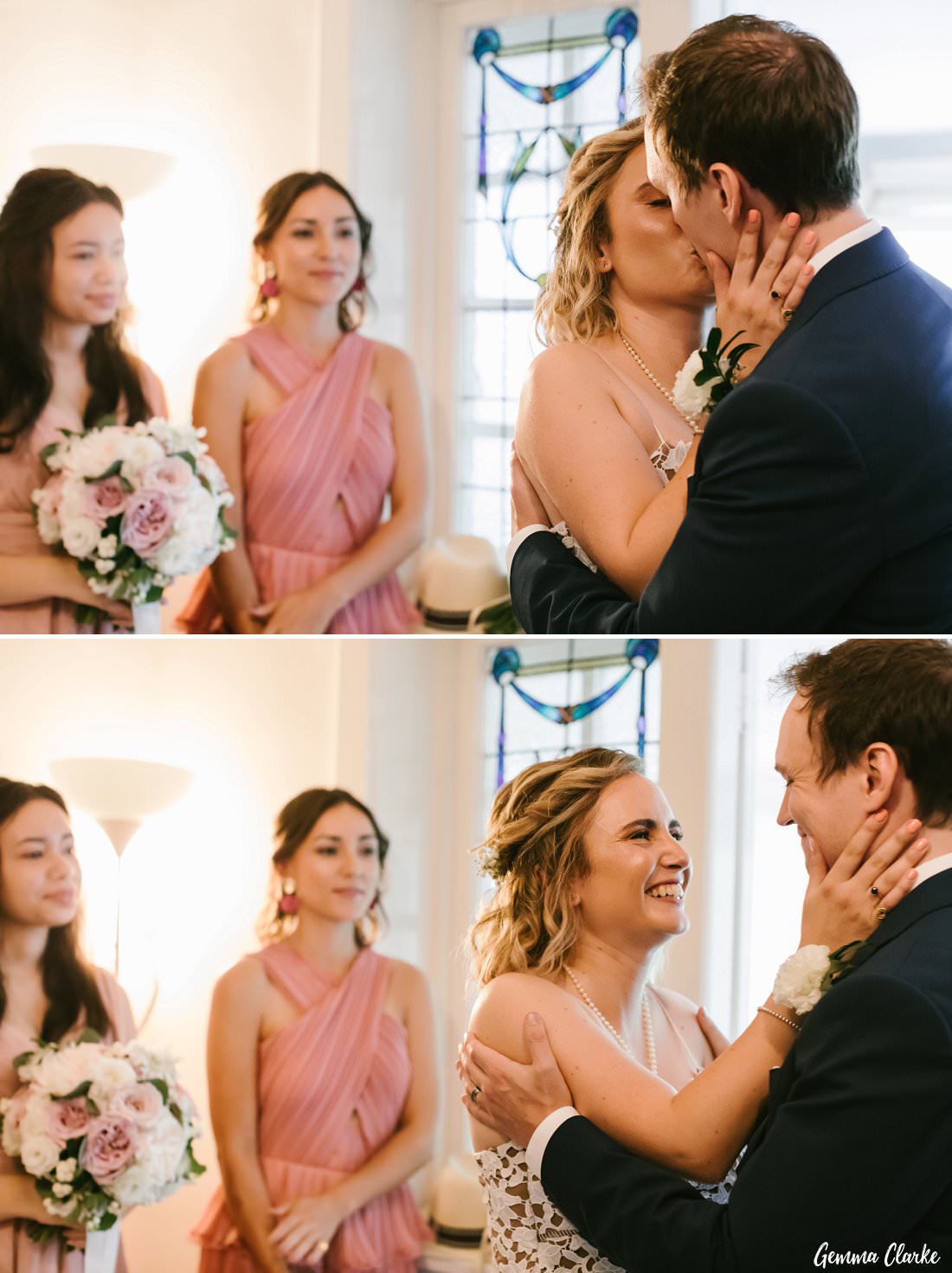 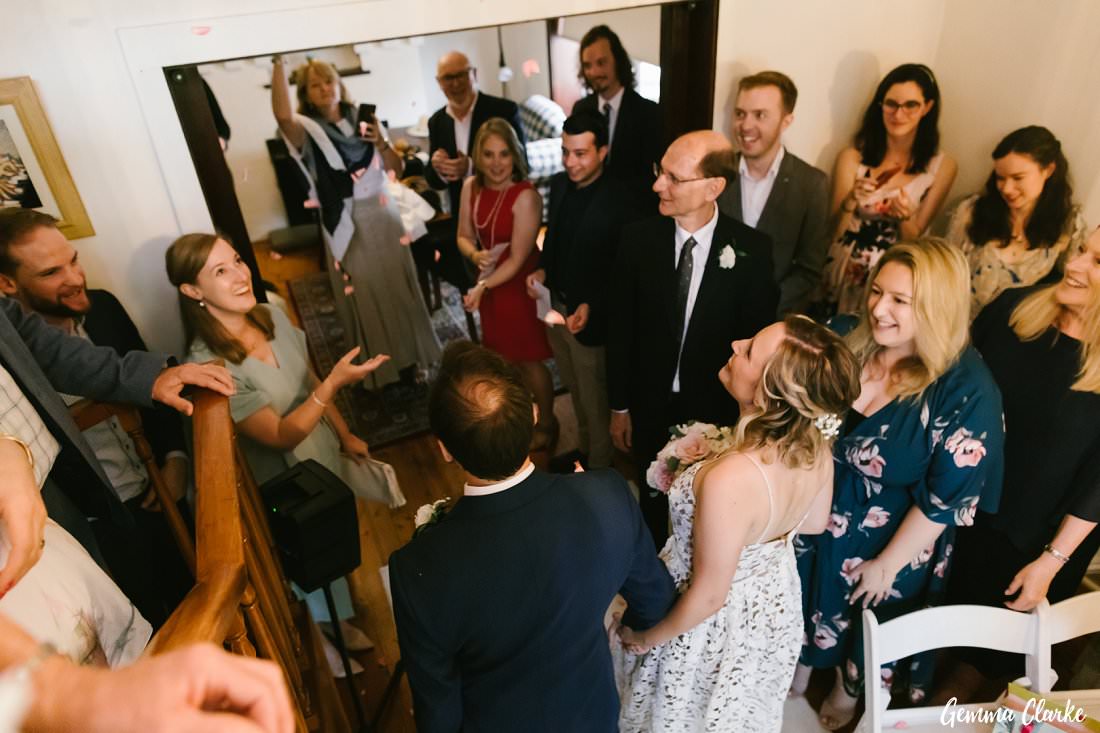 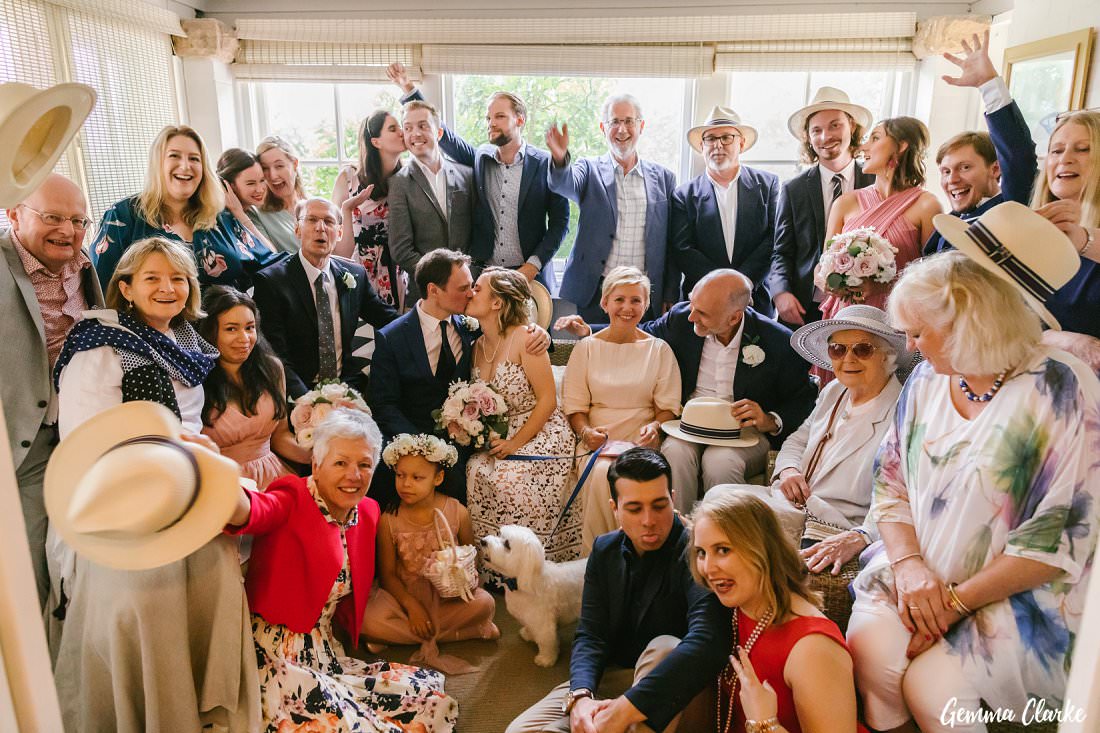 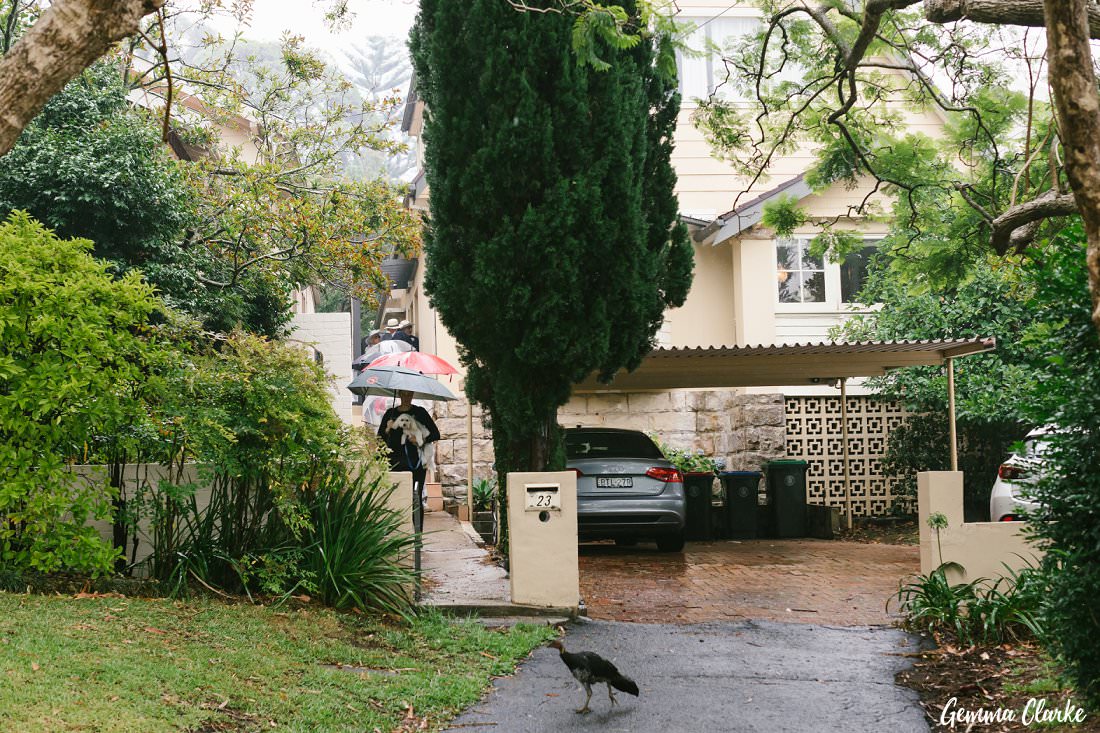 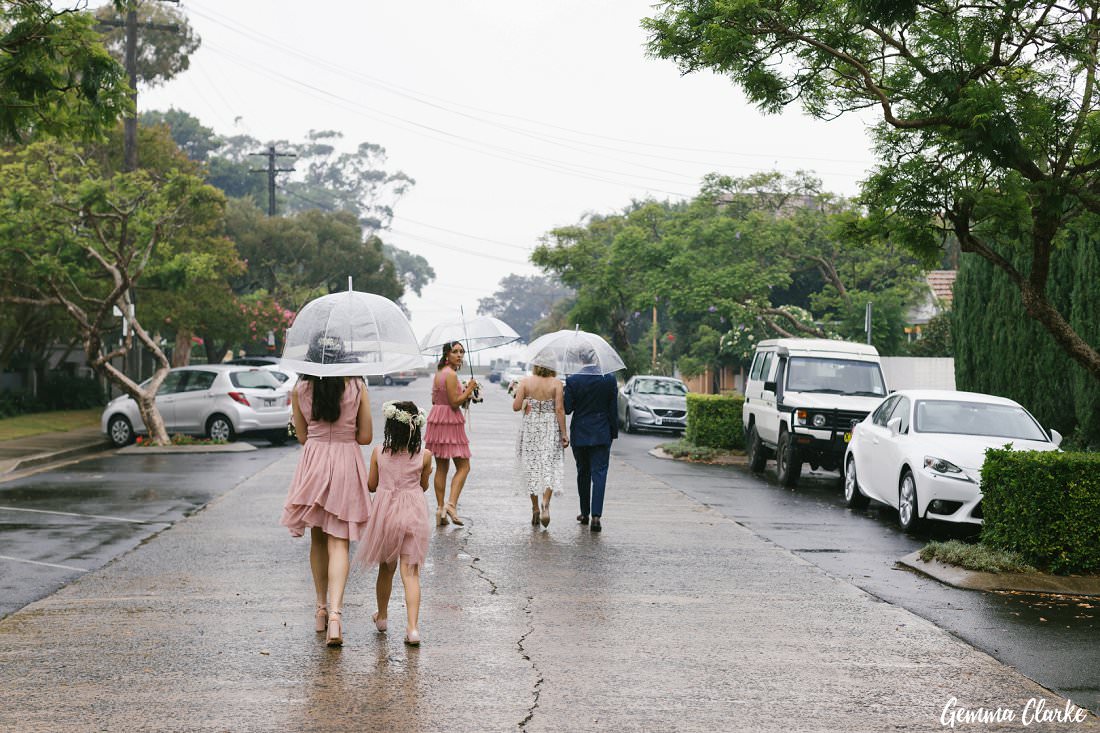 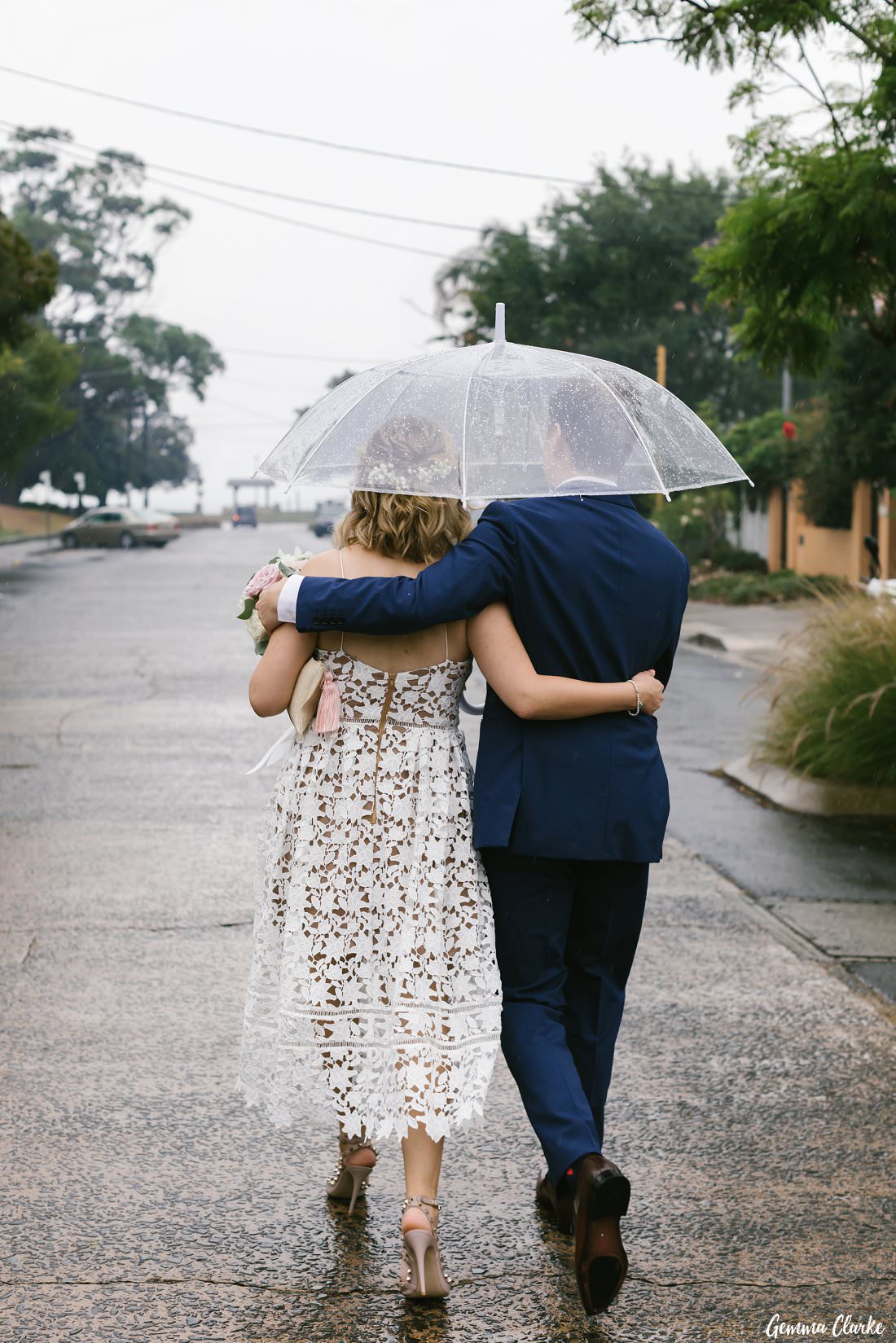 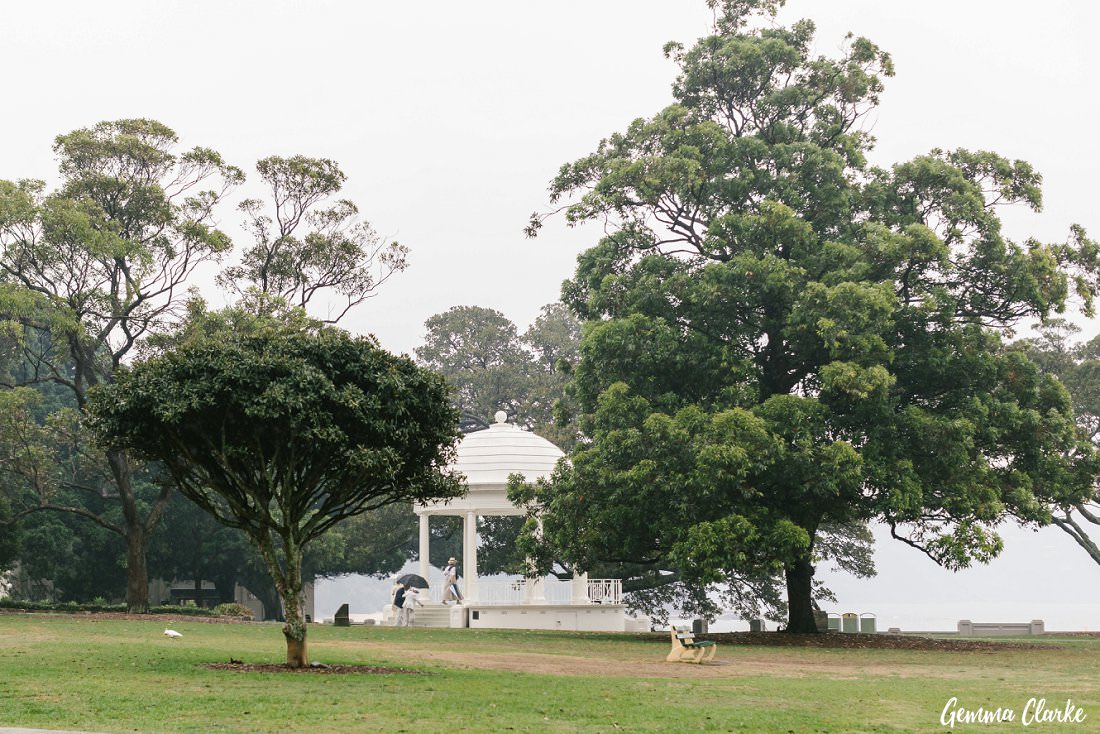 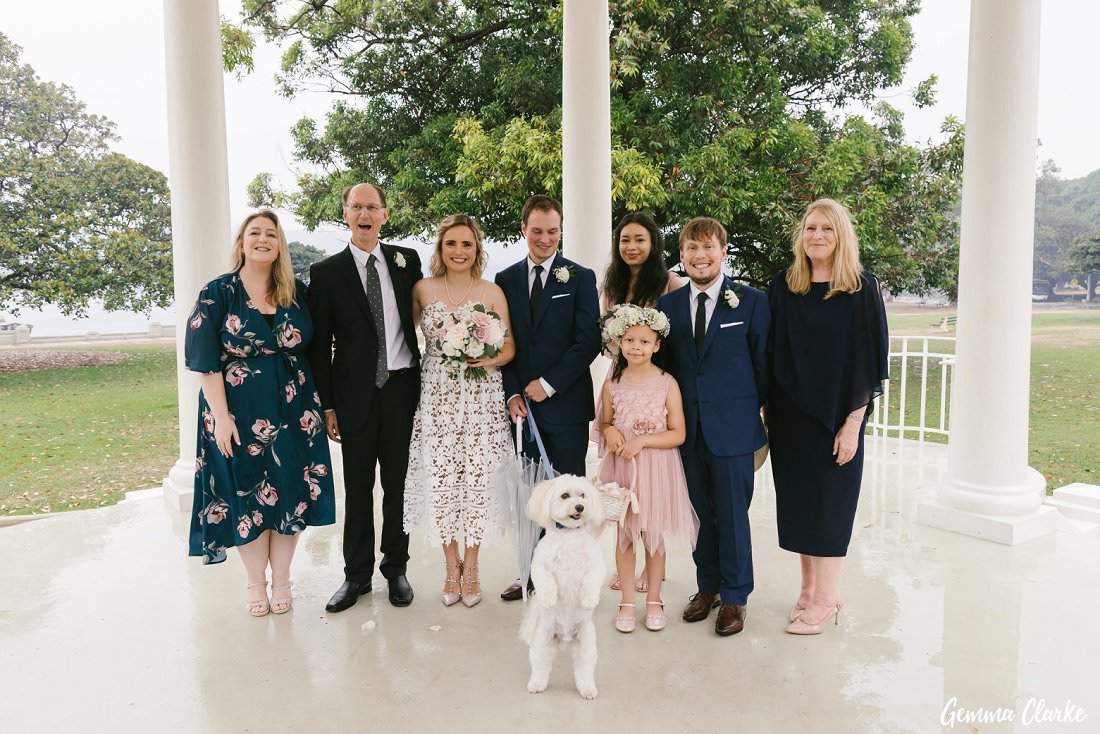 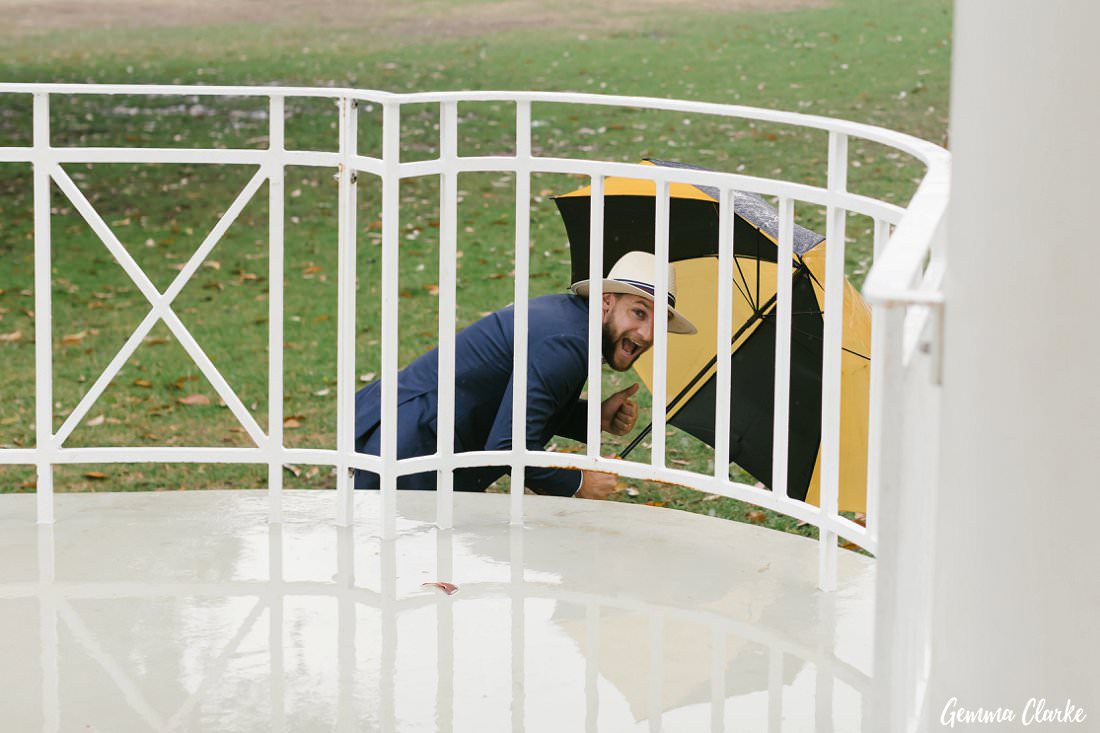 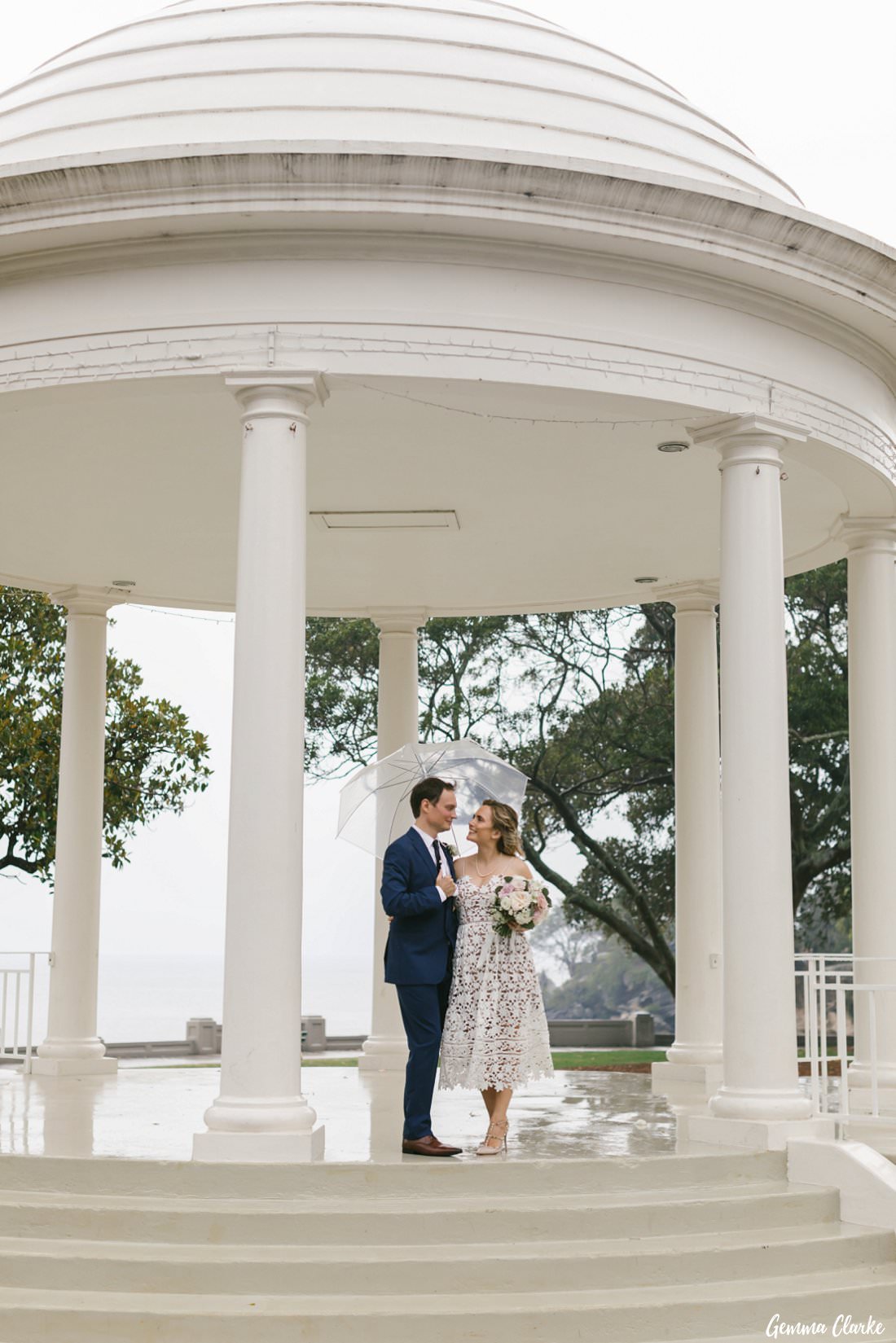 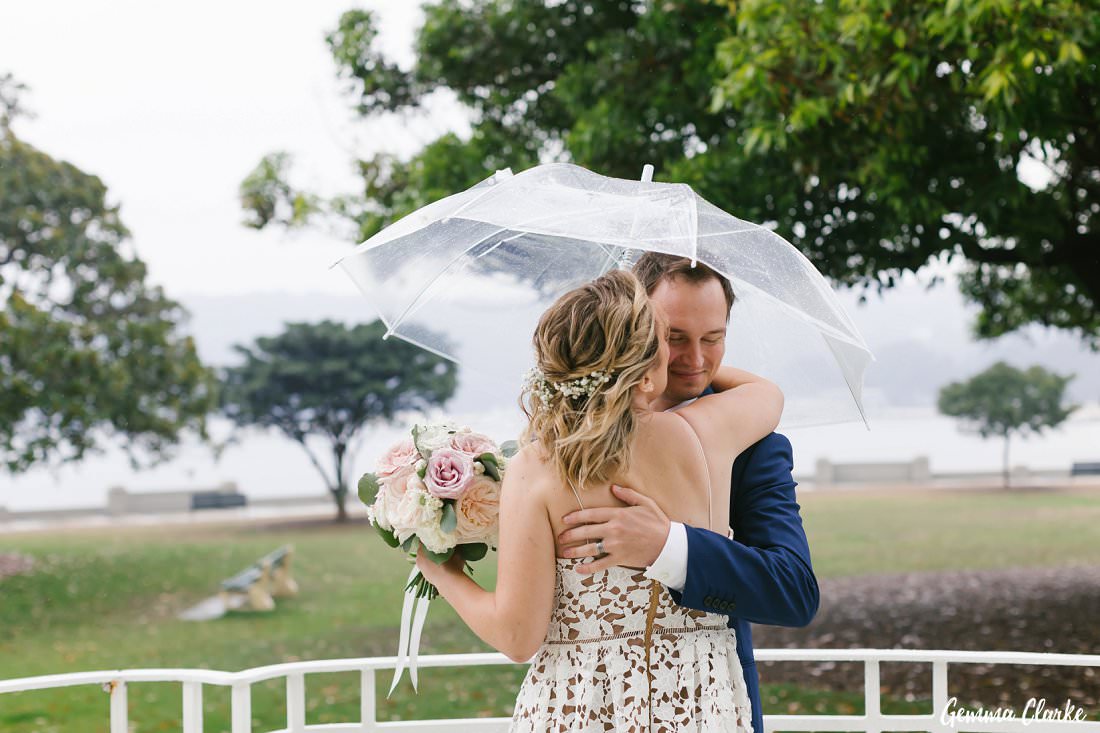 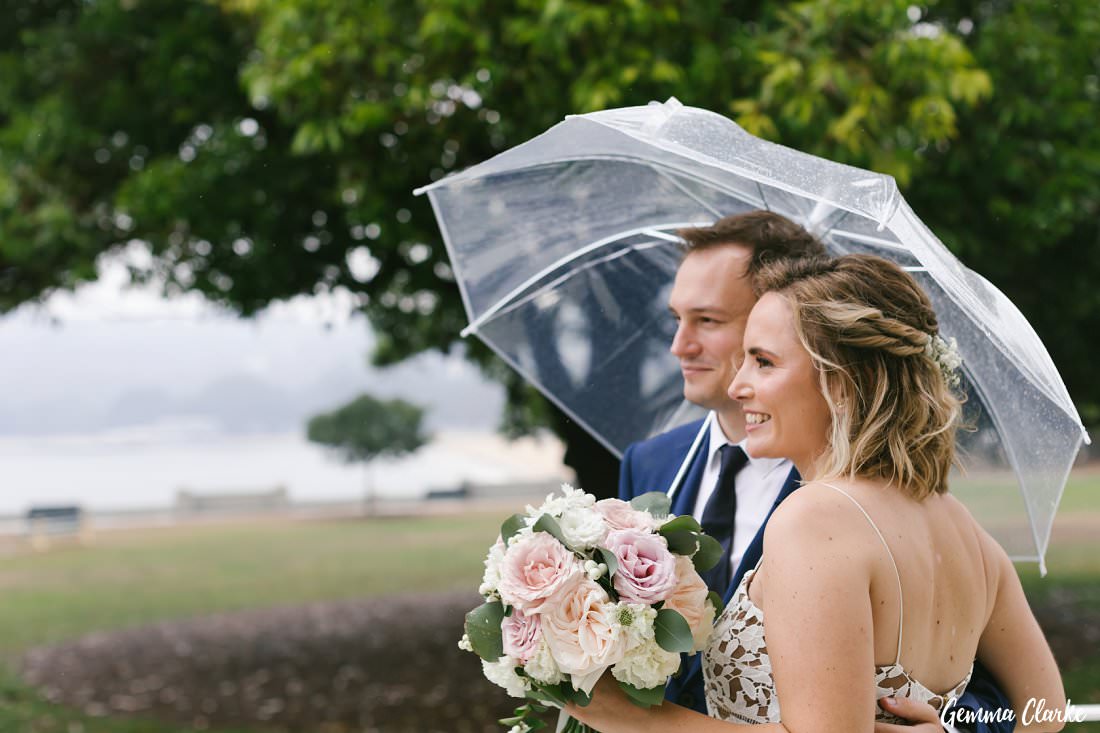 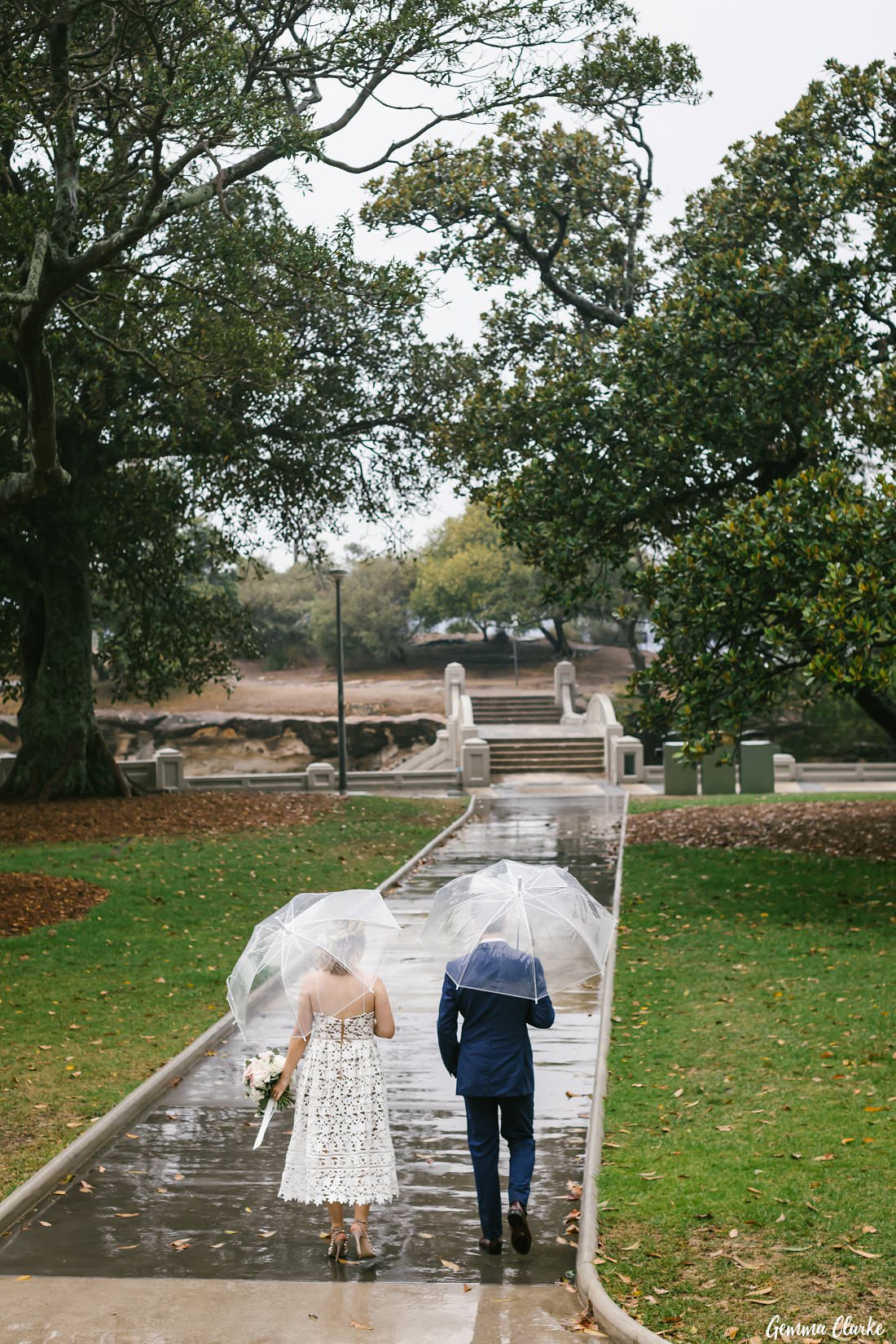