Celebrating in the city where they met

Catherine and Levi met as ballerinas in Budapest. Catherine is Australian and Levi is Hungarian and both knew little of the other’s native language. After working hard at long distance and language challenges they showed to everyone they were a forever couple. They legally married in Australia before coming back to Budapest to have a second wedding. I was told that if I could speak Hungarian I would have been capturing their wedding. Instead I was invited as a guest and asked to capture some portraits before their wedding day in Budapest.

I was very grateful for both of these opportunities and as you can see, my job was an easy one with these two lovebirds dancing around Budapest with such joy! They even showed off their contemporary dance moves in a special spot we found among the ruins.

Locations for these Budapest Portraits

Are you curious about where these photos were taken? Before I captured these portraits I spent a whole afternoon and night with a Photo Sherpa. He guided me to the right spots for Catherine and Levi. I asked the couple if they had any favourite locations in Budapest. I then scouted around with my Photo Sherpa to find what would work best. We were certainly challenged with a lot of tourists ‘blocking’ great locations. These photos were taken at the end of November which is not usually popular for tourists but was still very busy! I have listed below some of the key locations we visited. However, you will have to book my wonderful Photo Sherpa to find the exact spots 😉 He has some great tours available and can teach you more about your camera – highly recommend.

The majority of our photos were taken at Fisherman’s Bastion which has the best panoramic view of Budapest. However, get ready to battle the crowds as it gets very busy!

For Catherine and Levi the most important images to capture were that of the spectacular Hungarian Parliament Building and Széchenyi Chain Bridge at night. We made sure we were there in time for ‘blue hour’ where the building is best showcased! The bridge was lit up red for a unique treat that night. 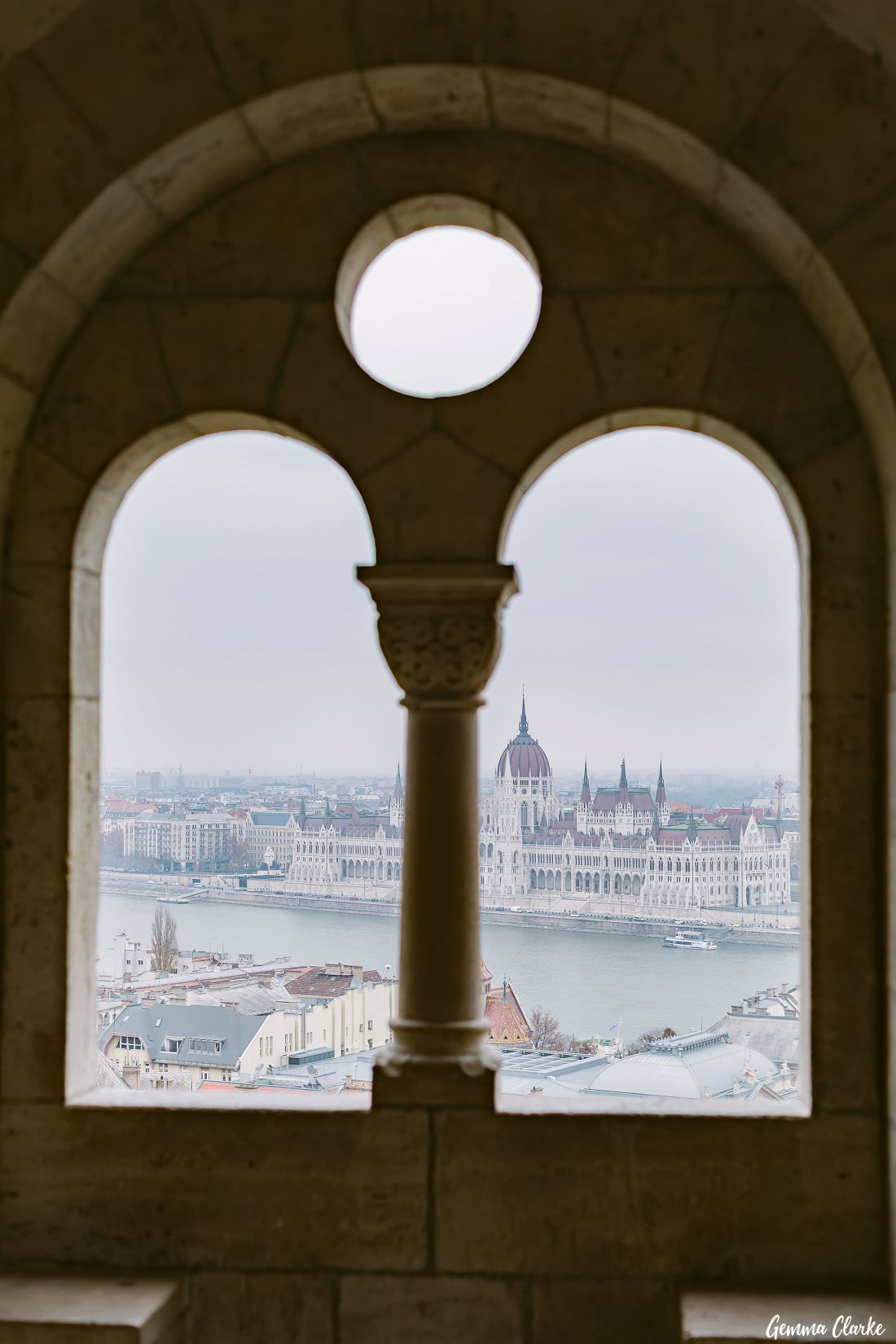 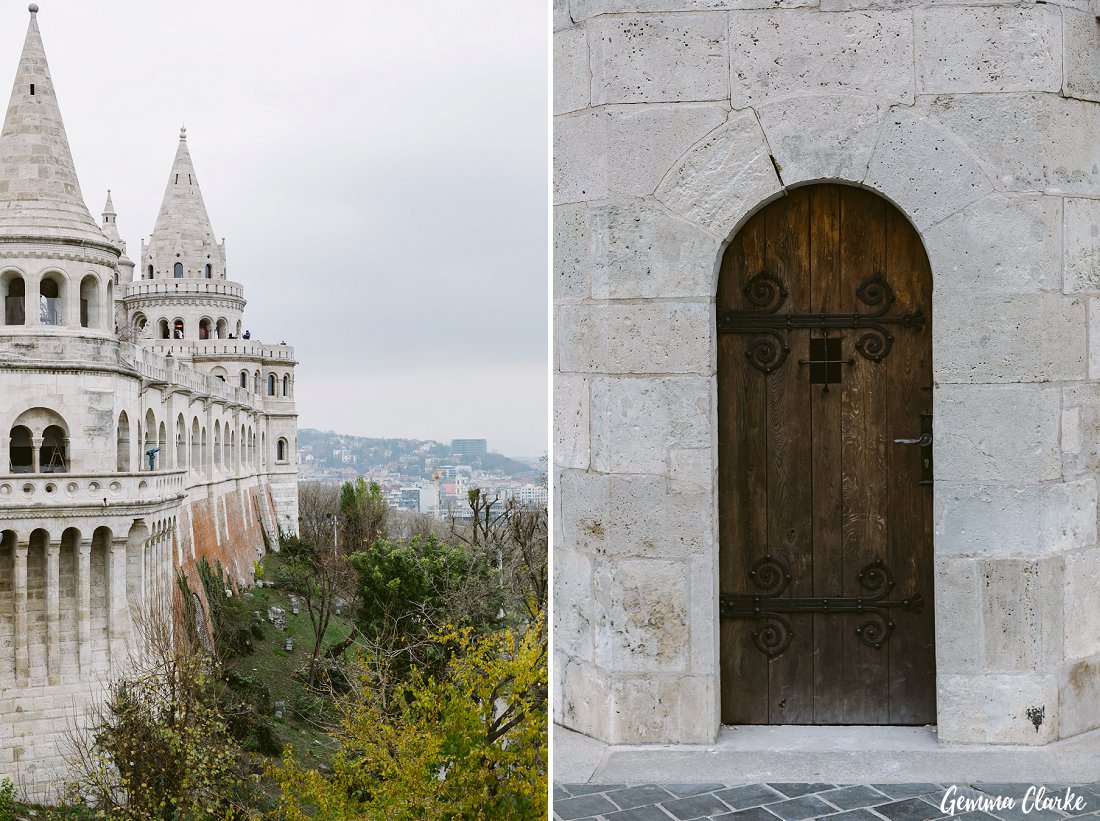 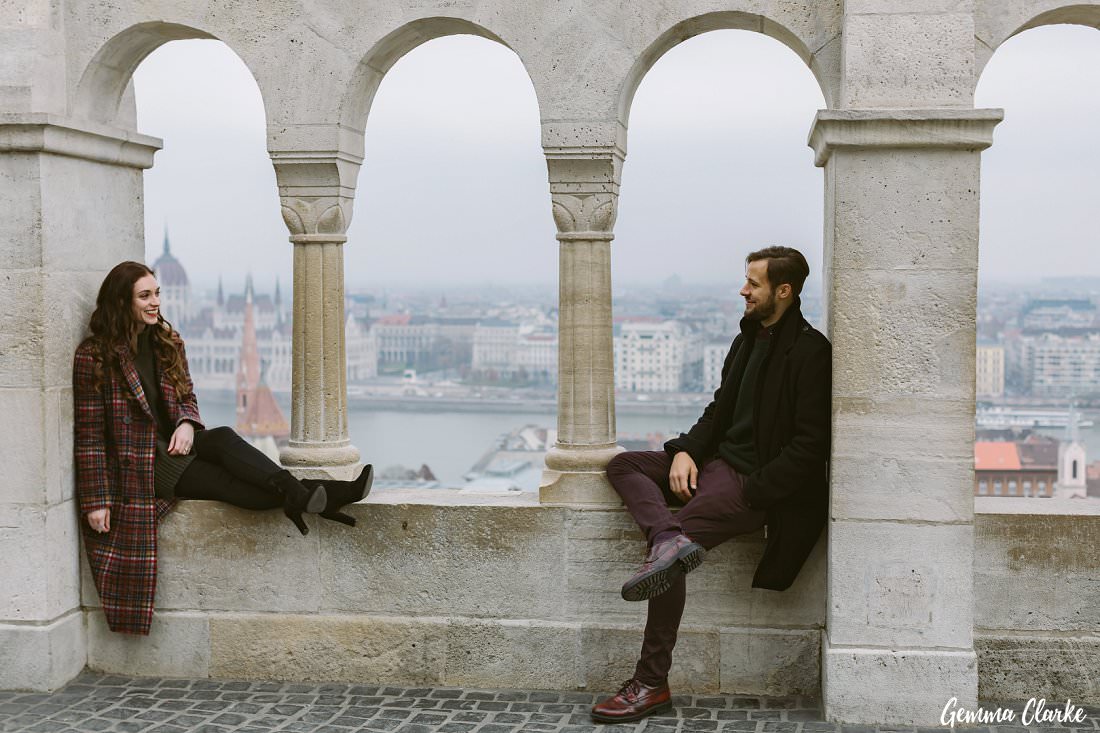 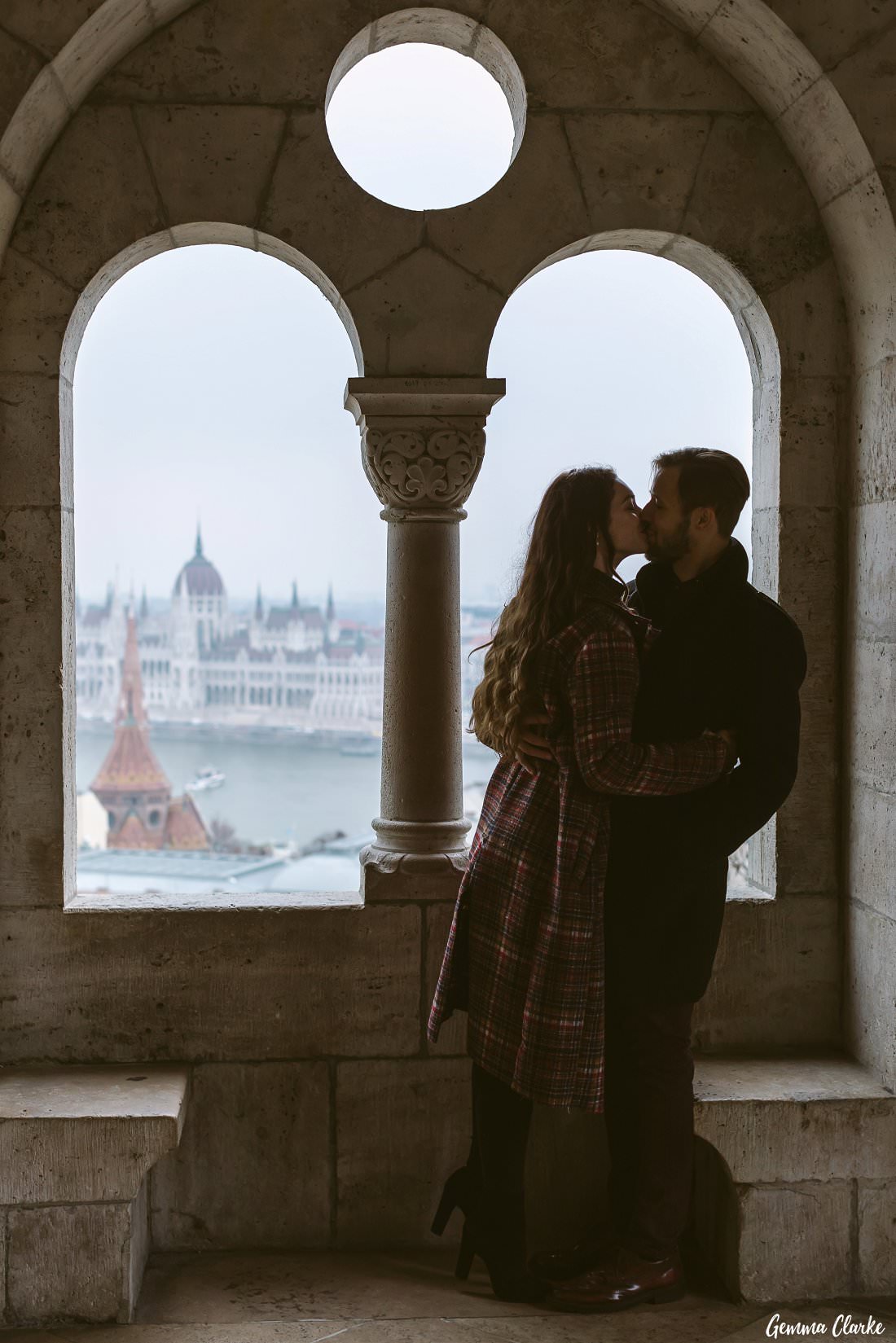 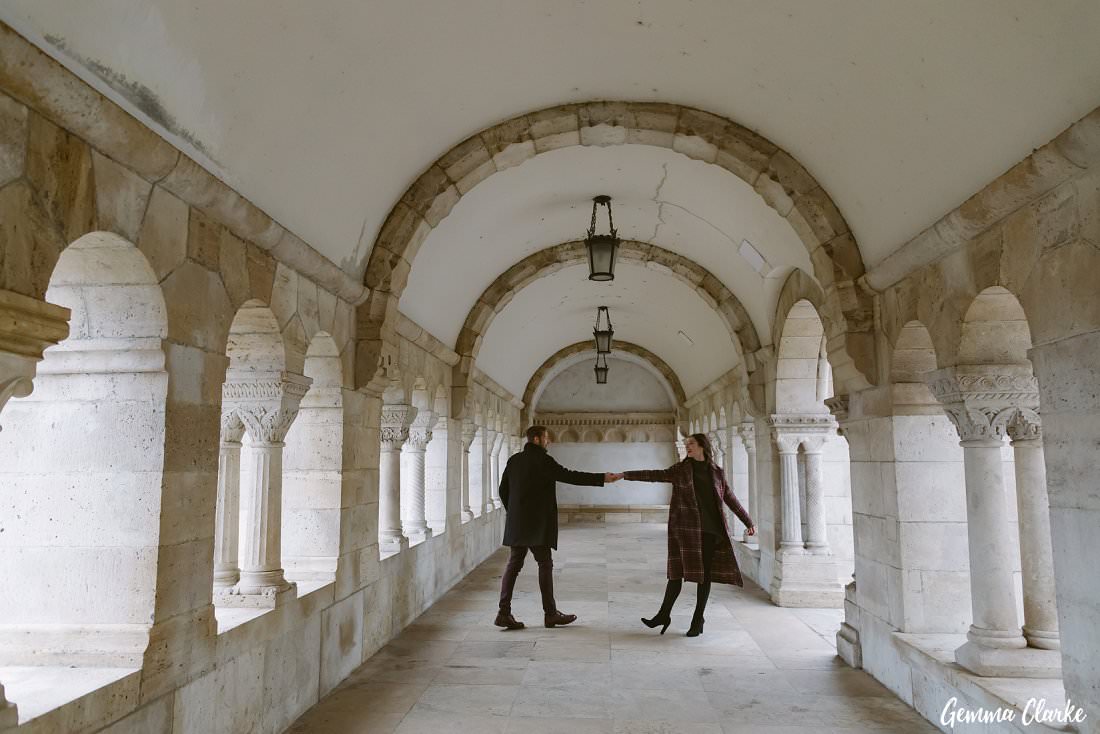 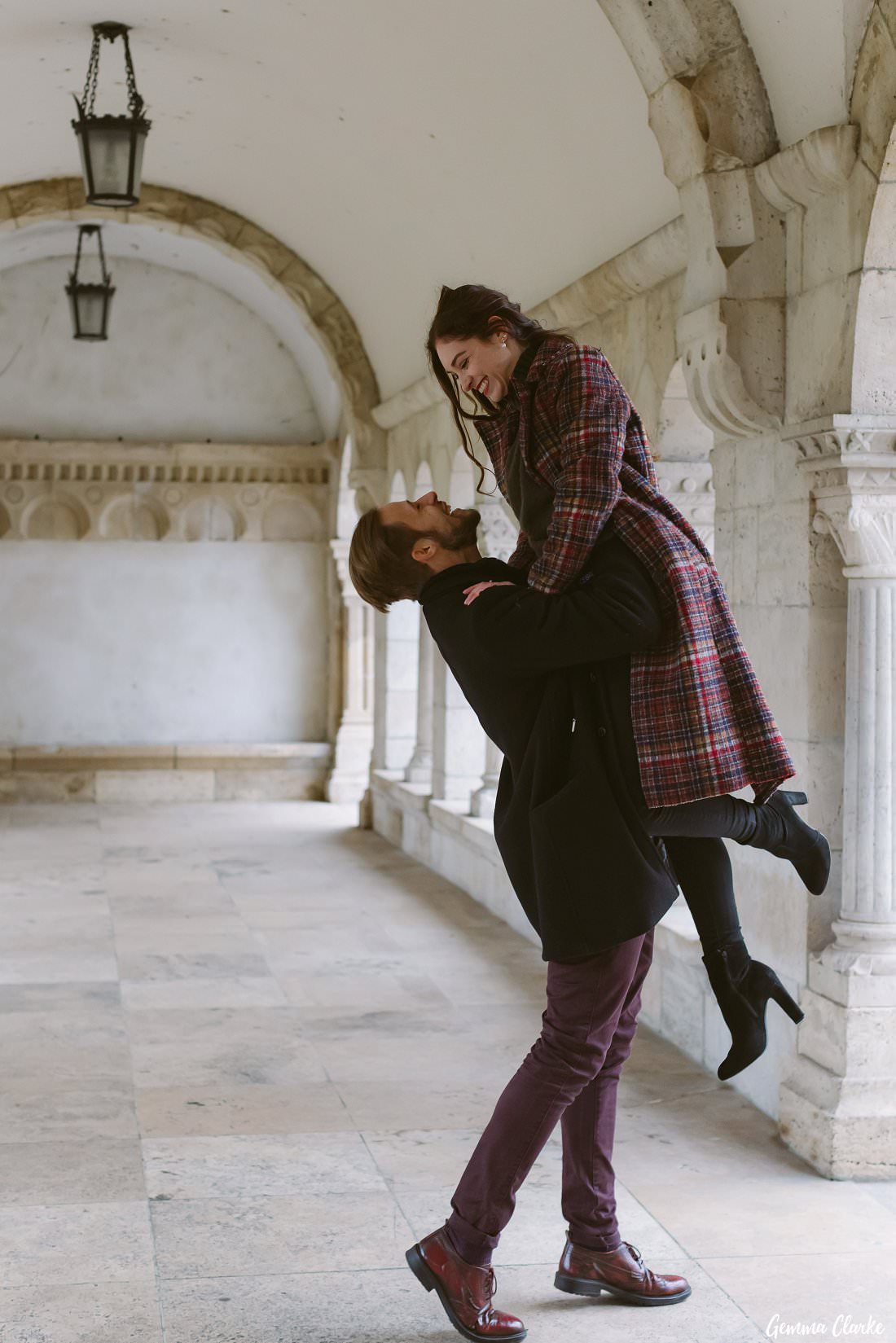 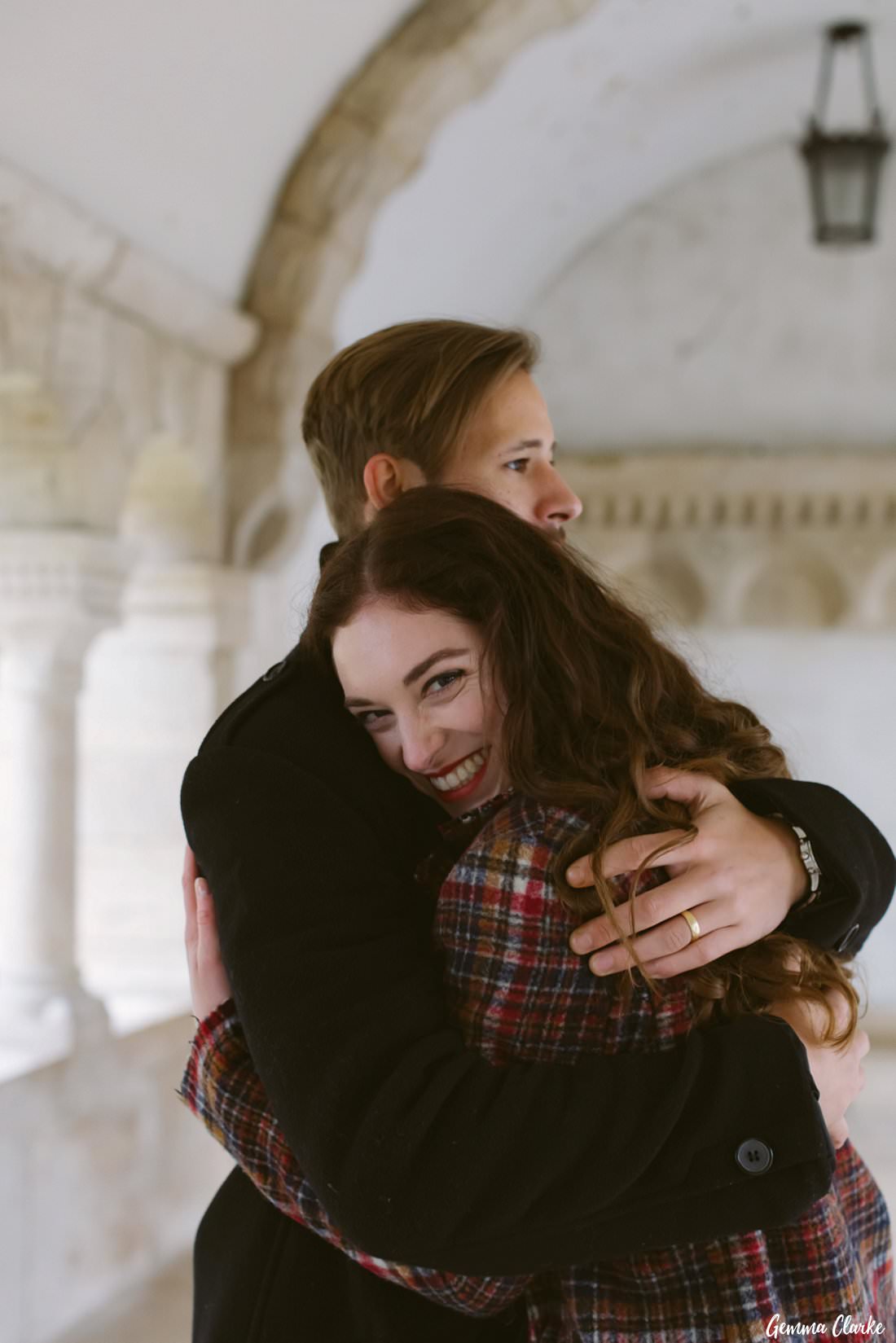 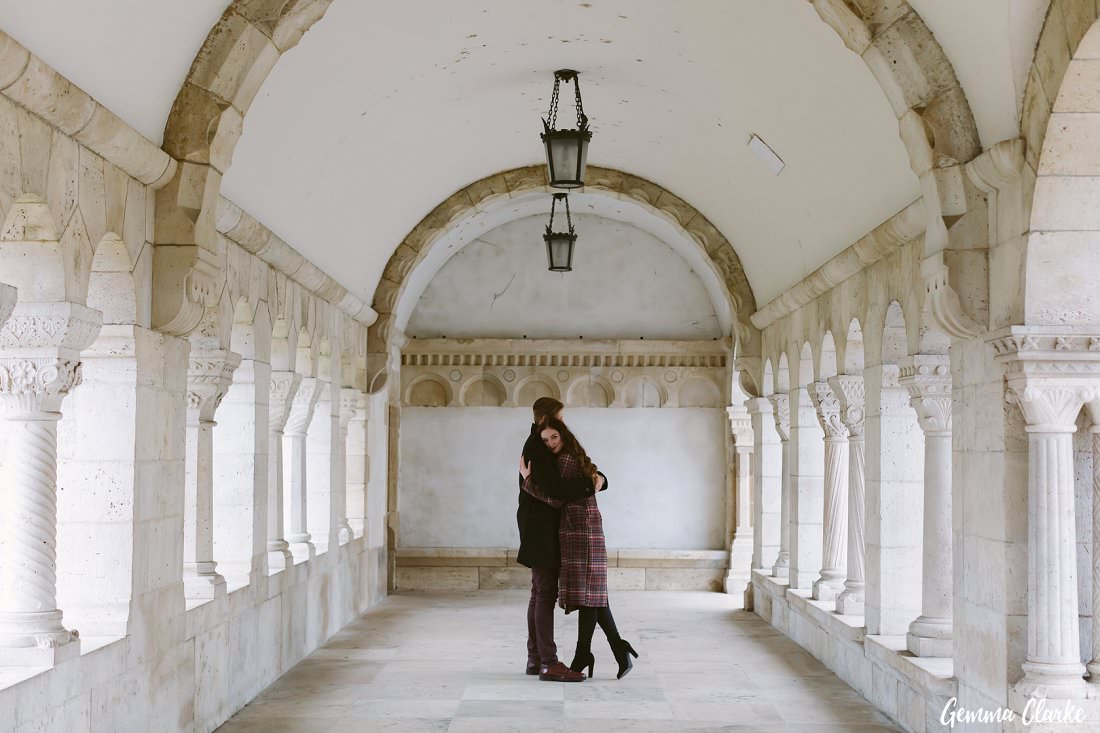 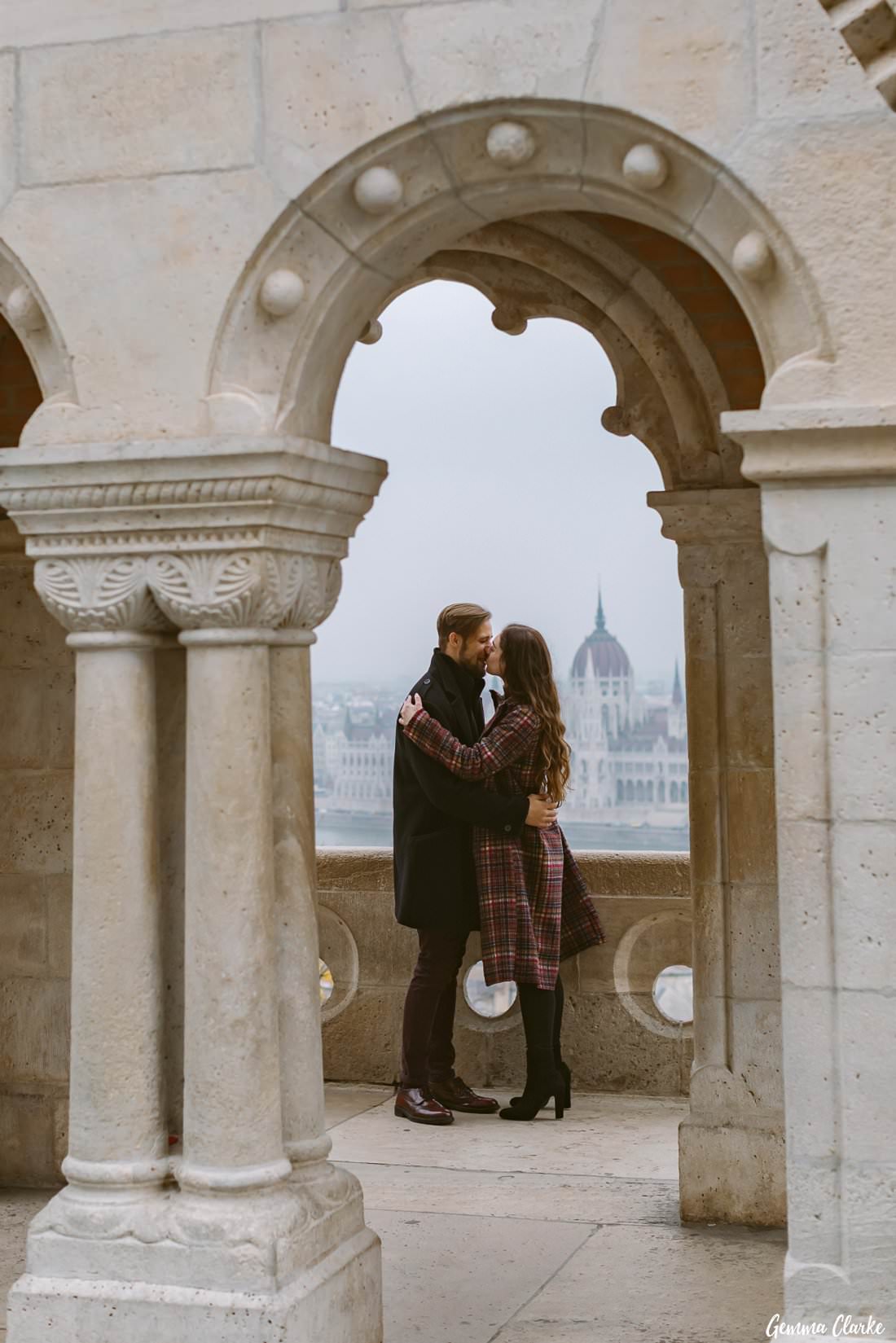 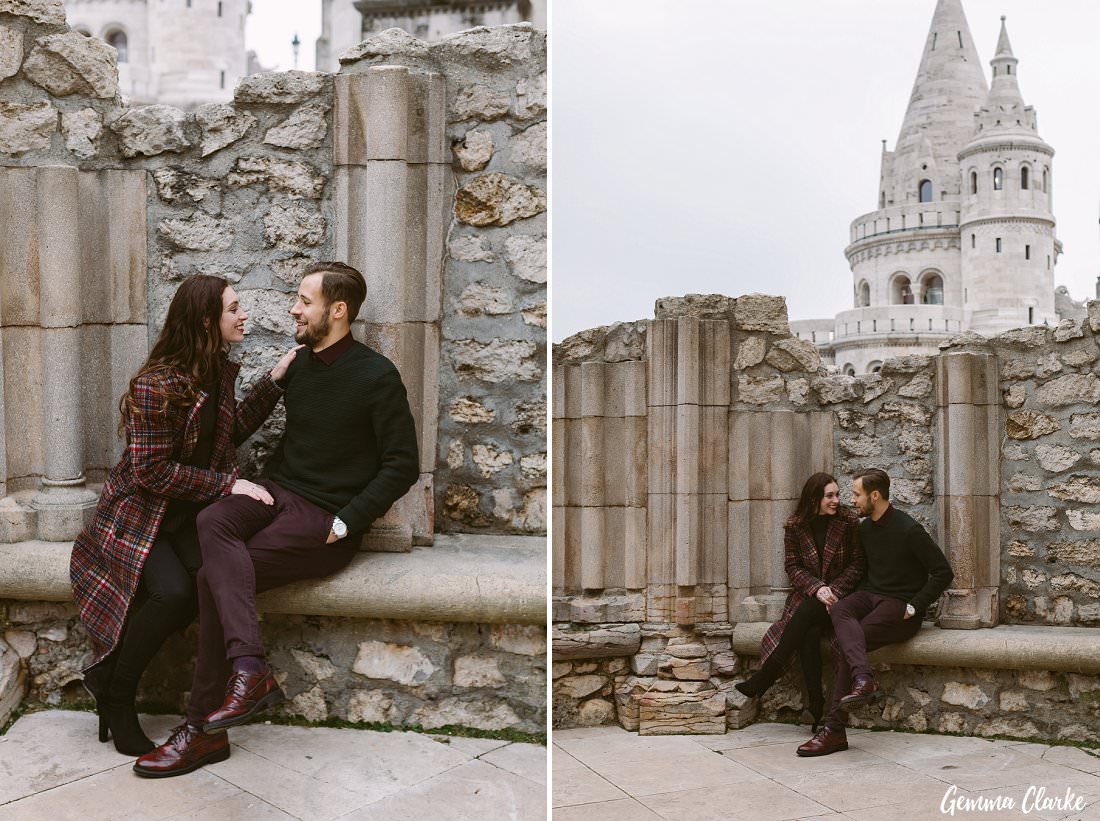 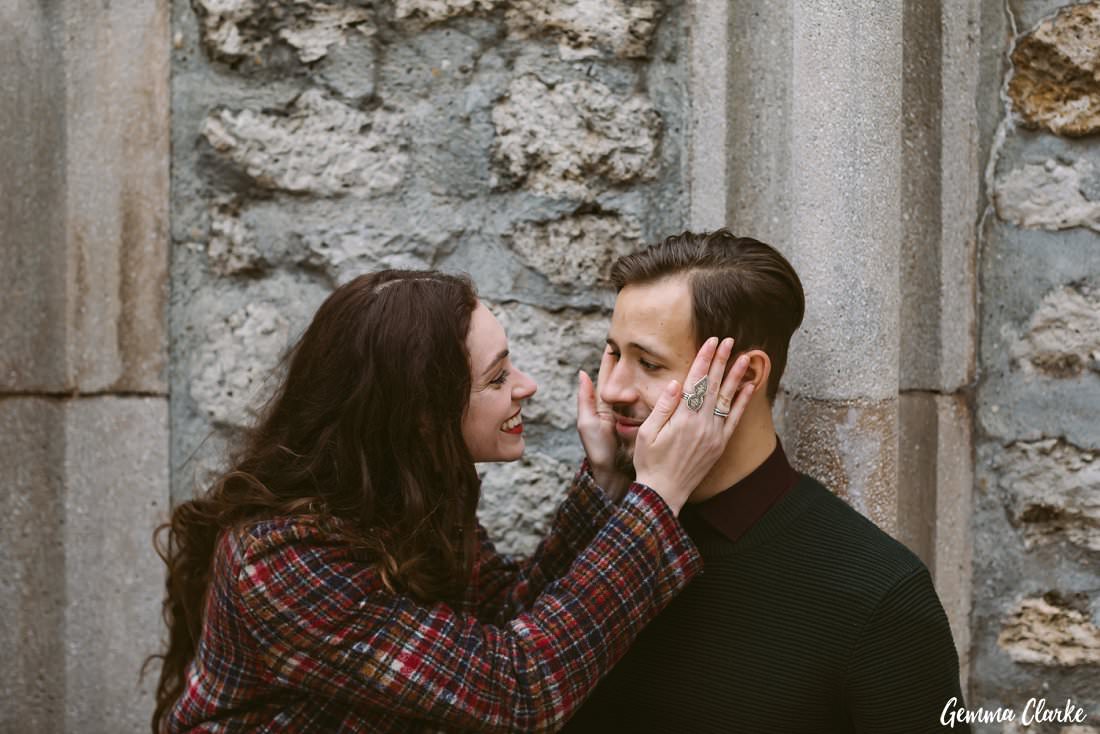 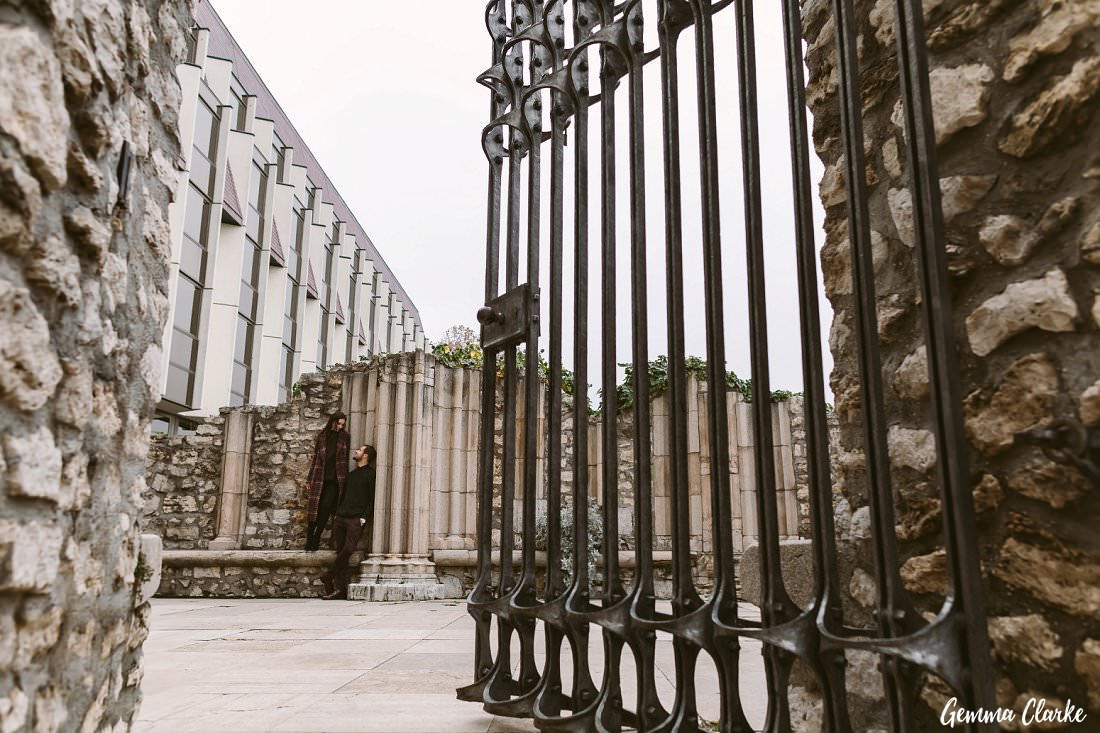 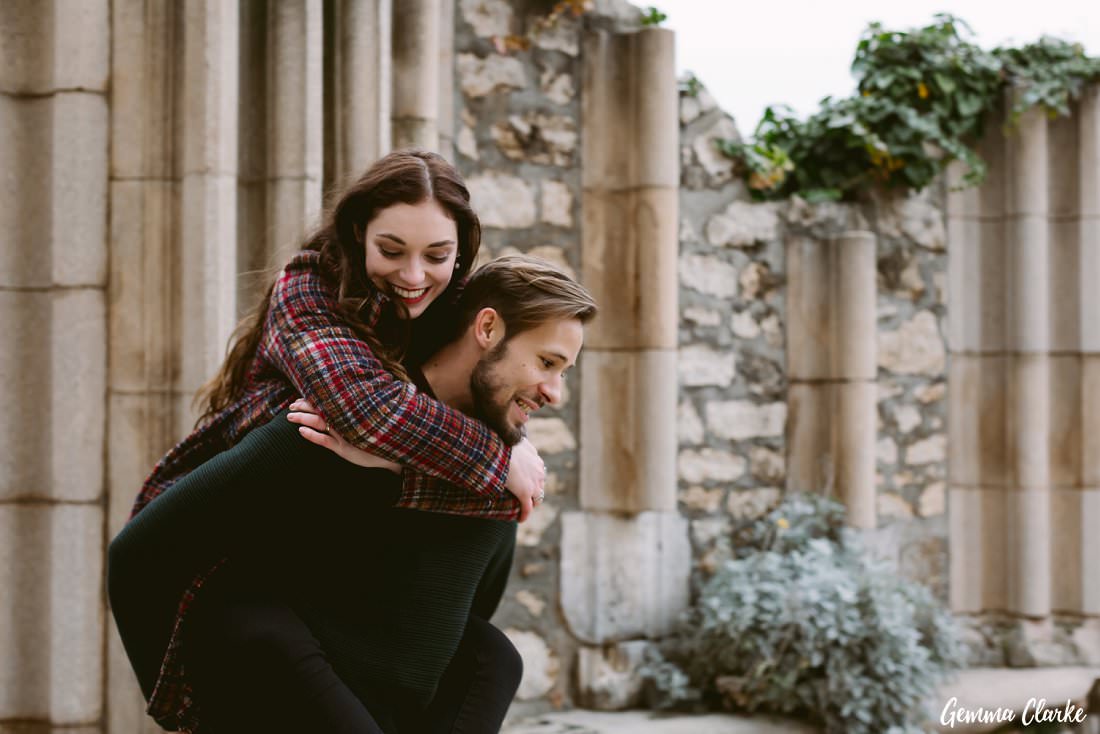 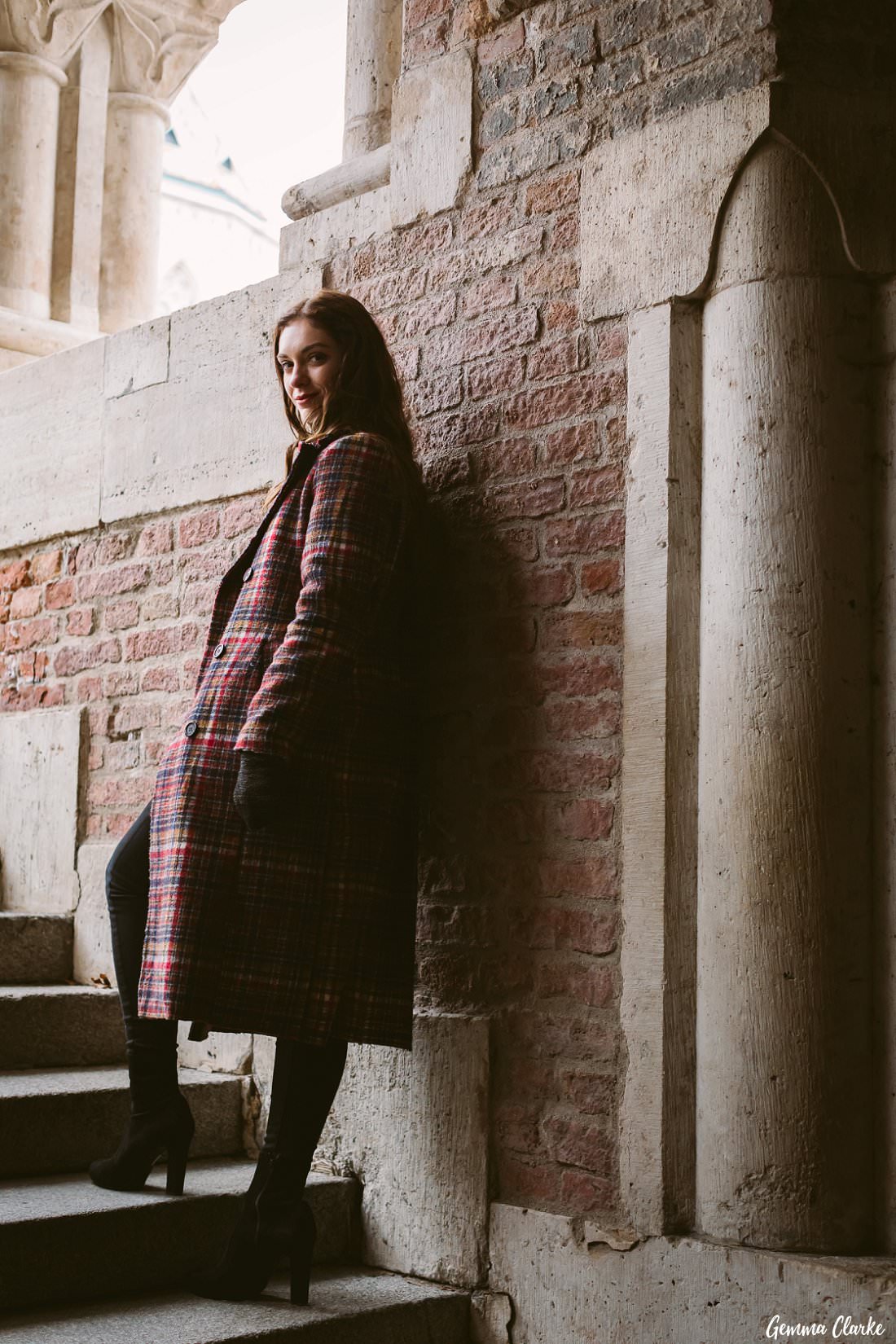 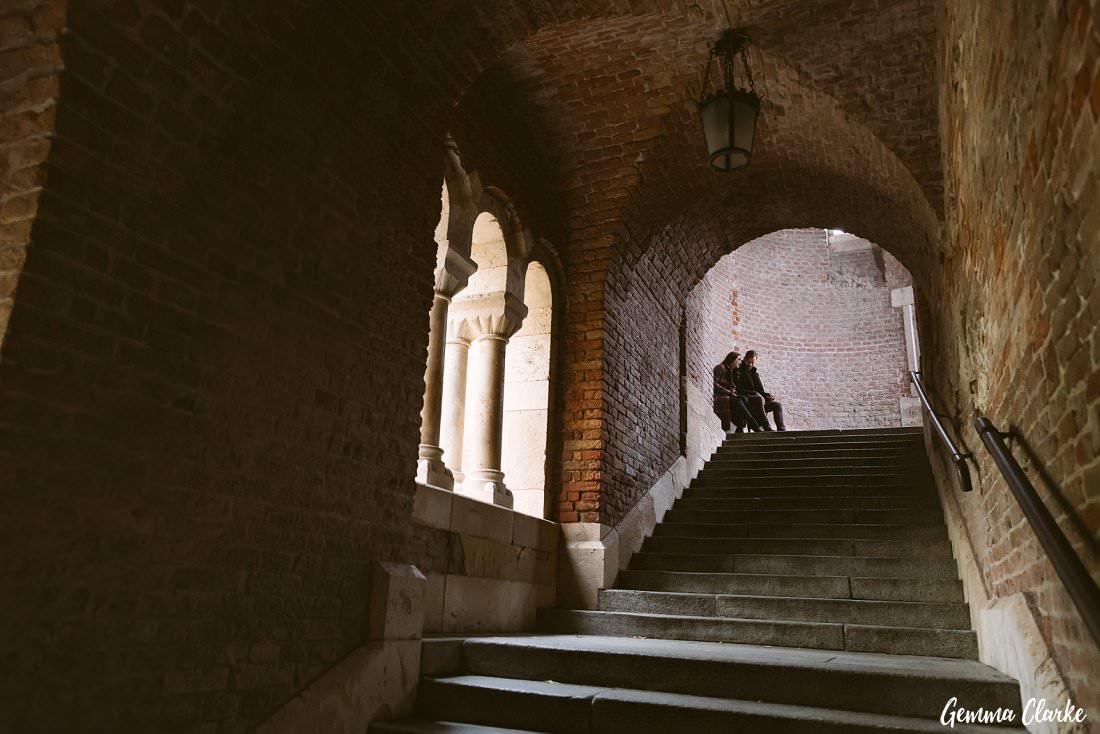 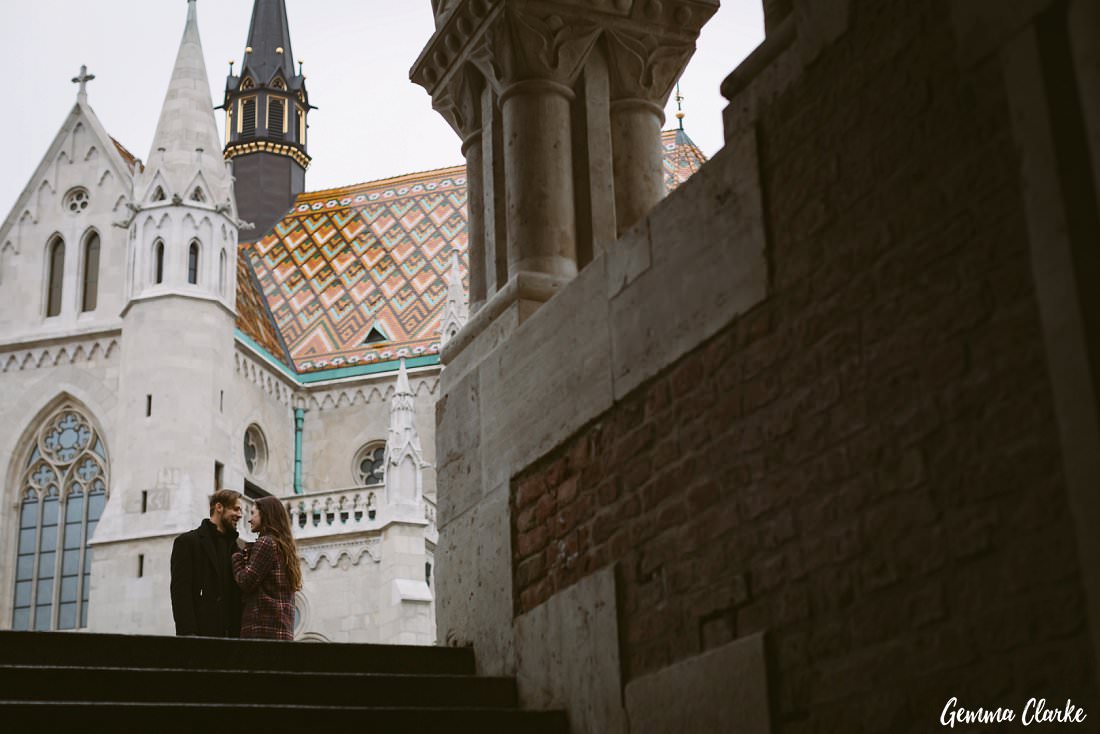 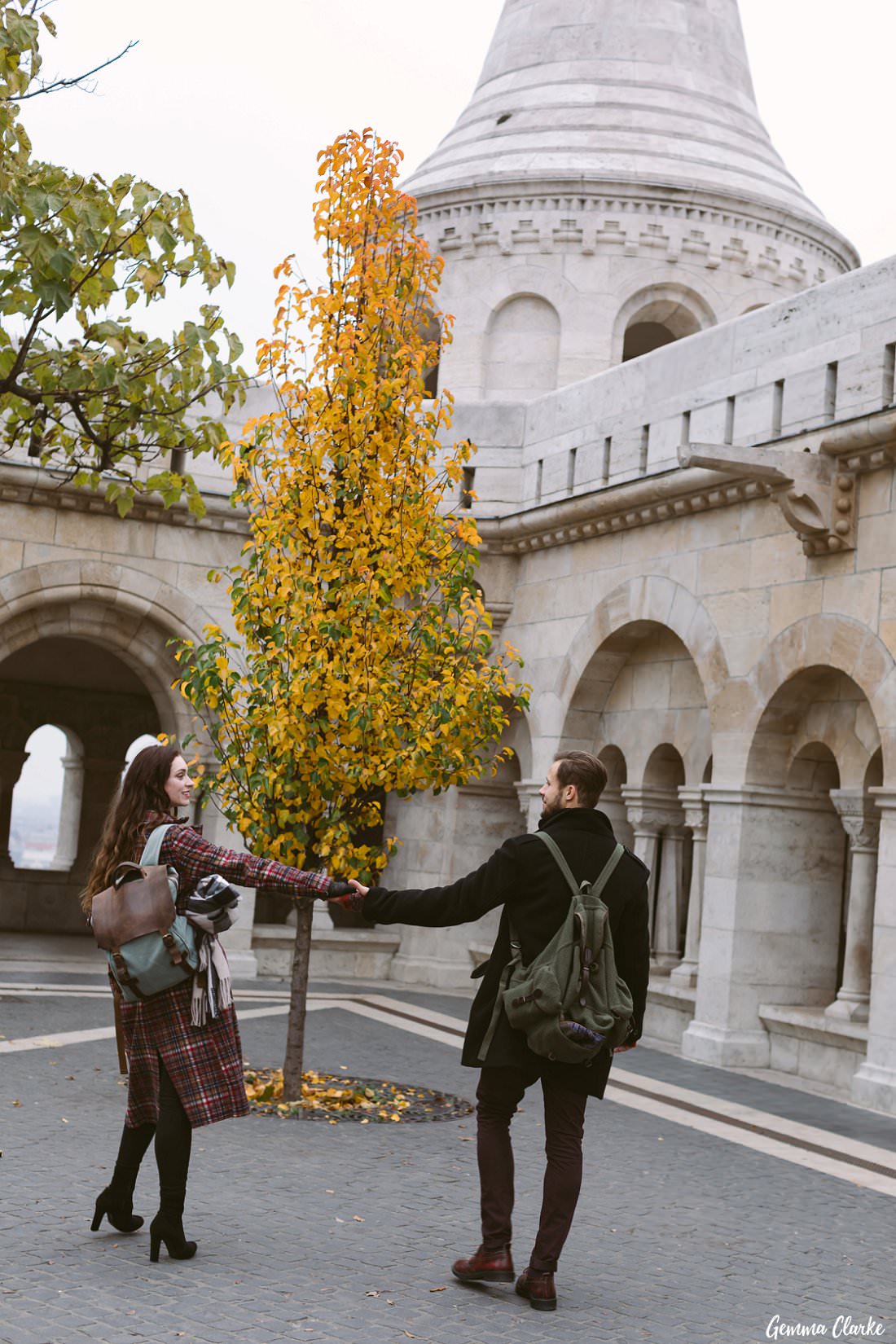 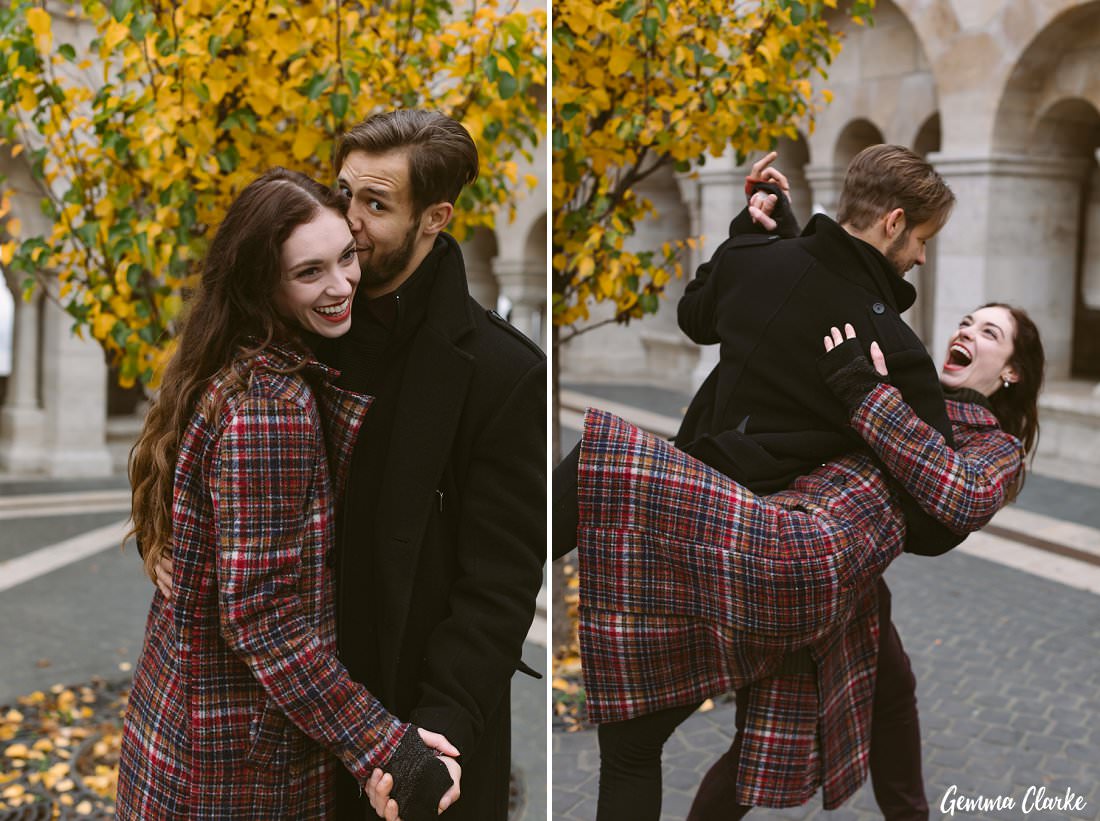 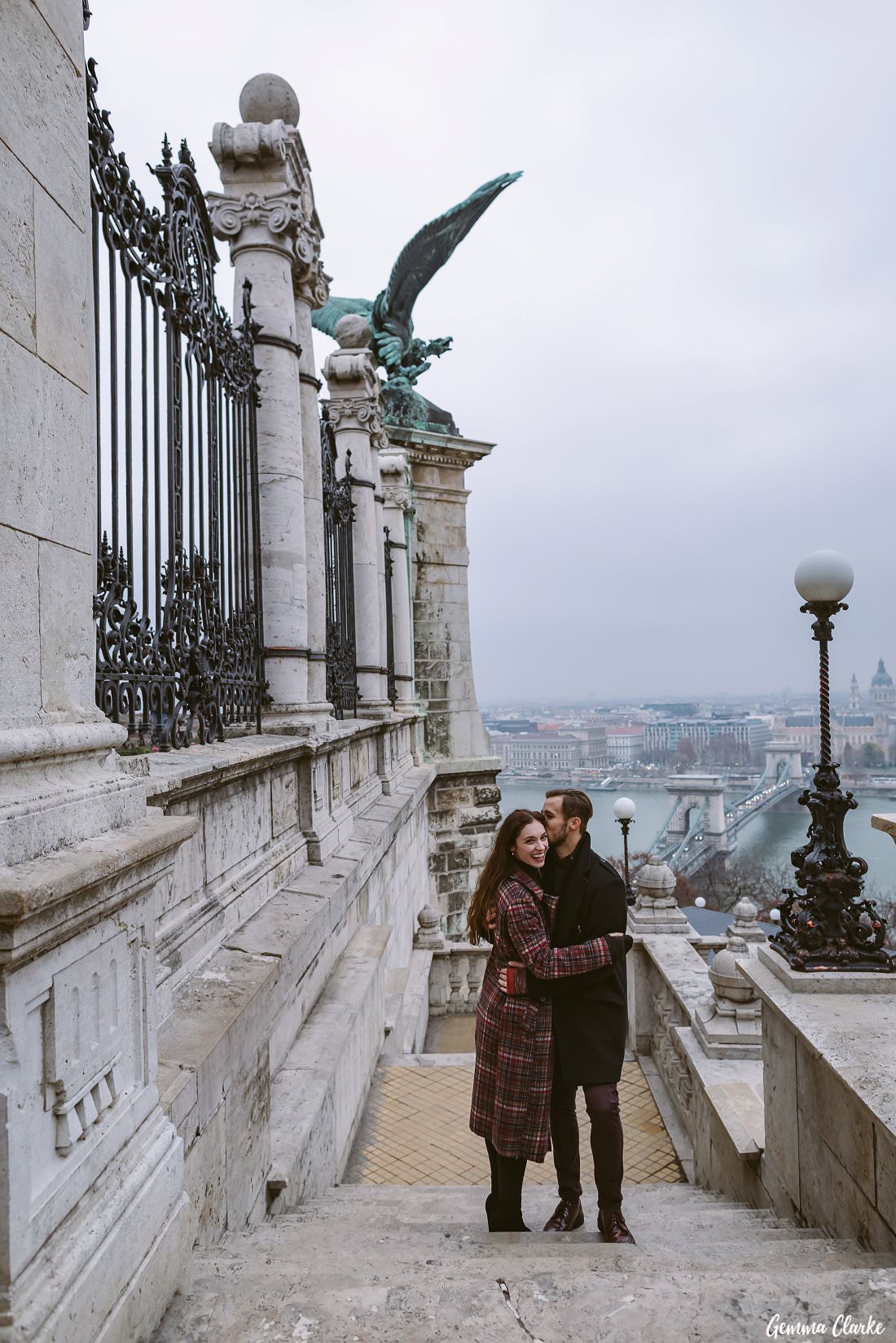 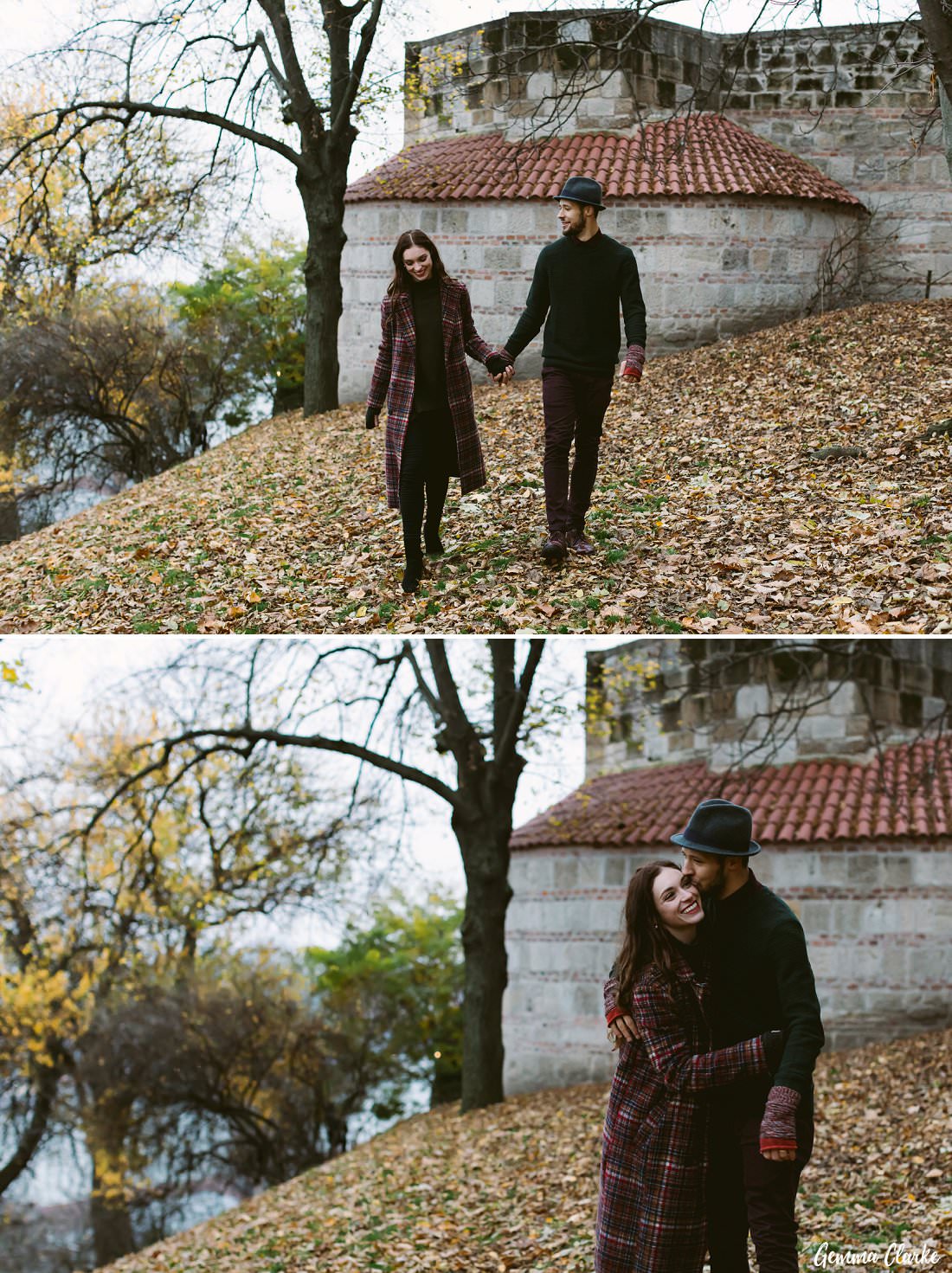 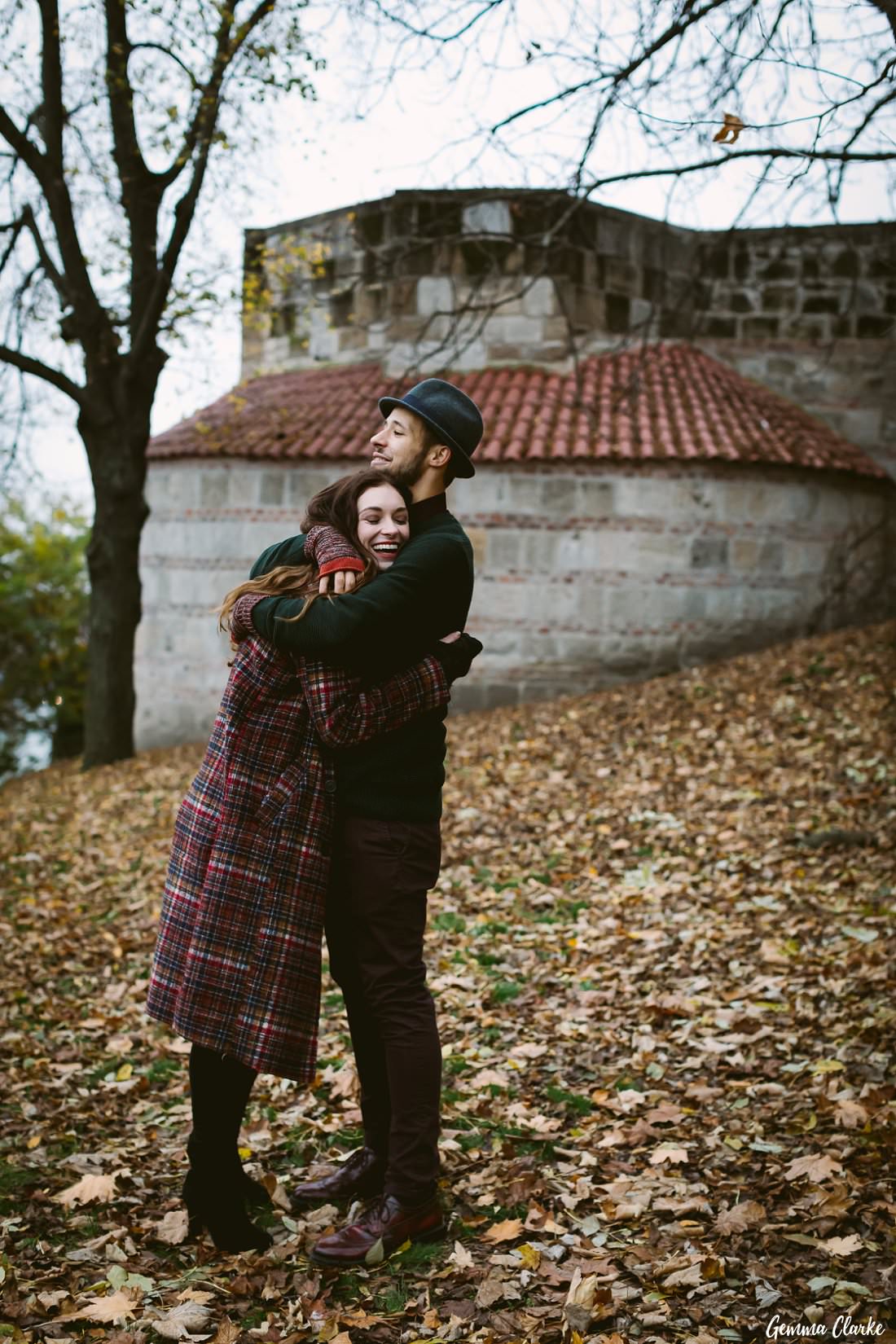 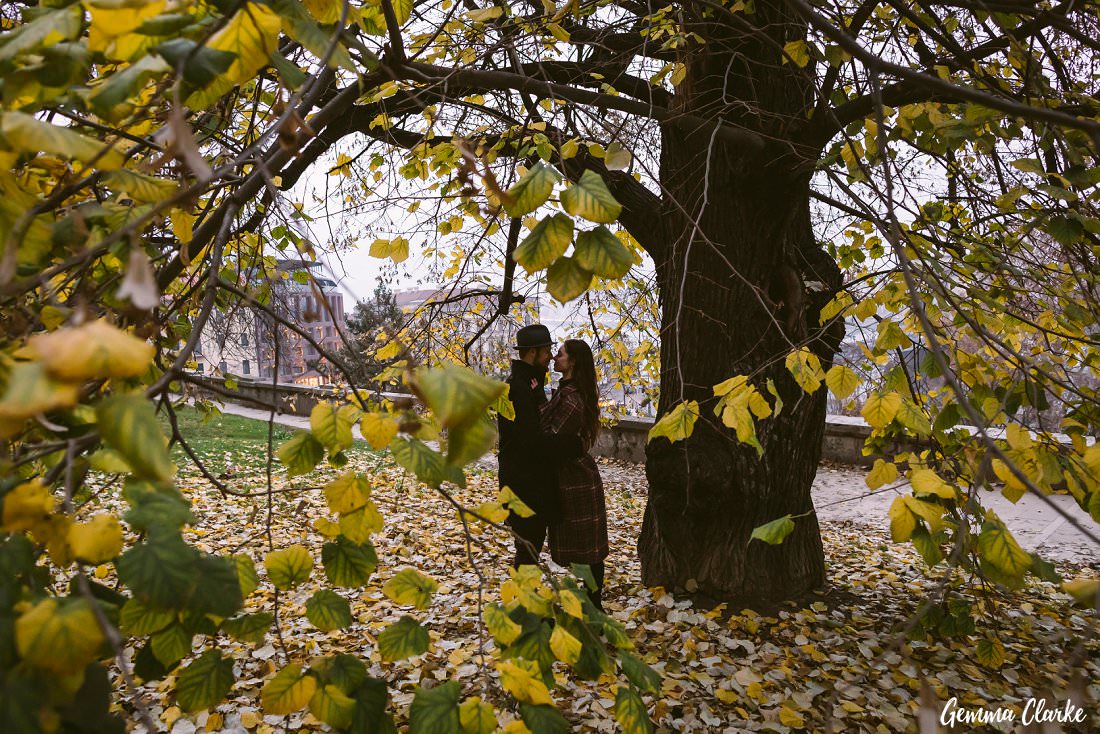 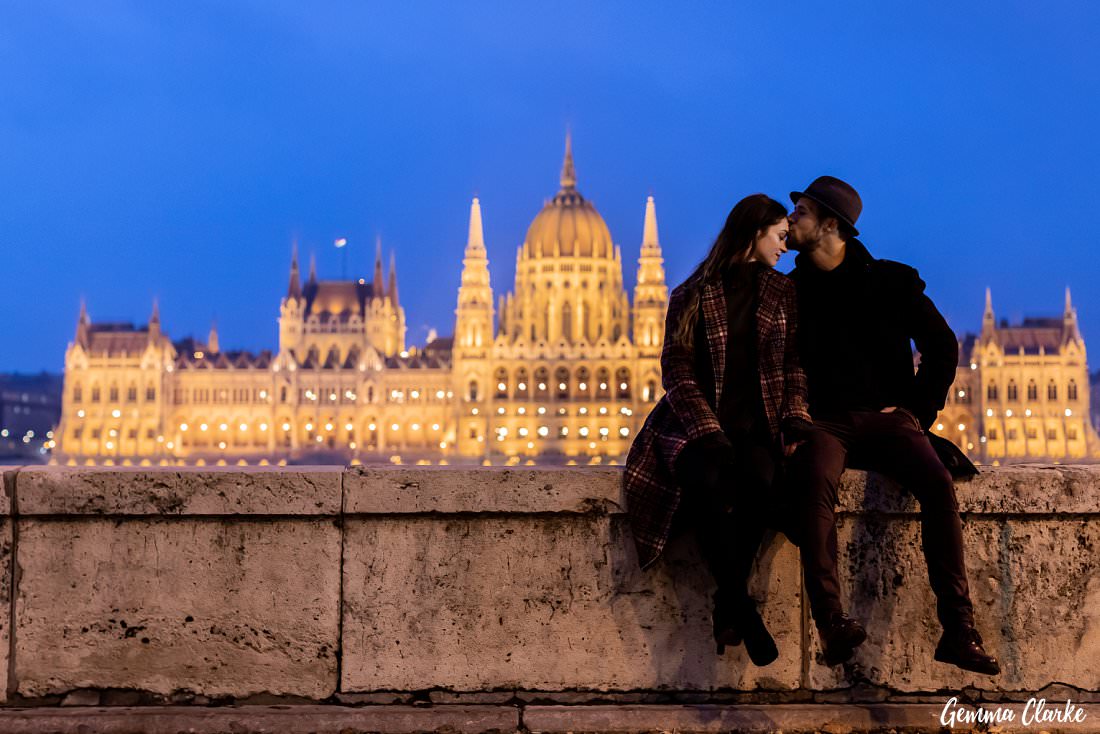 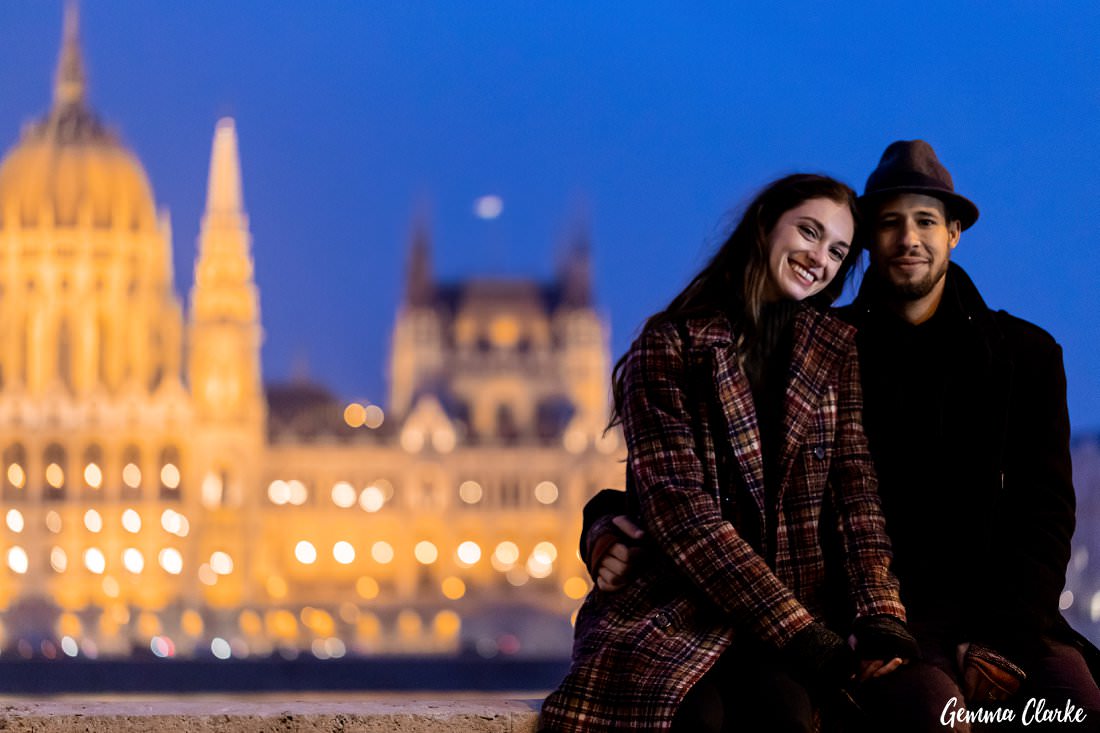 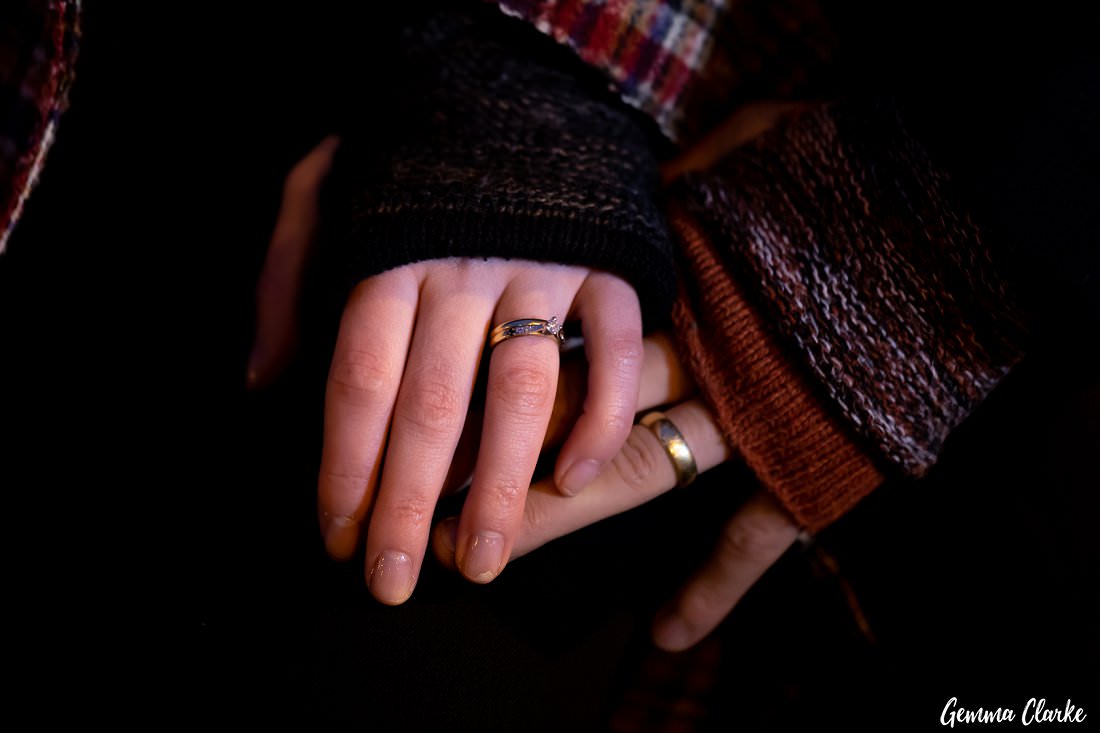 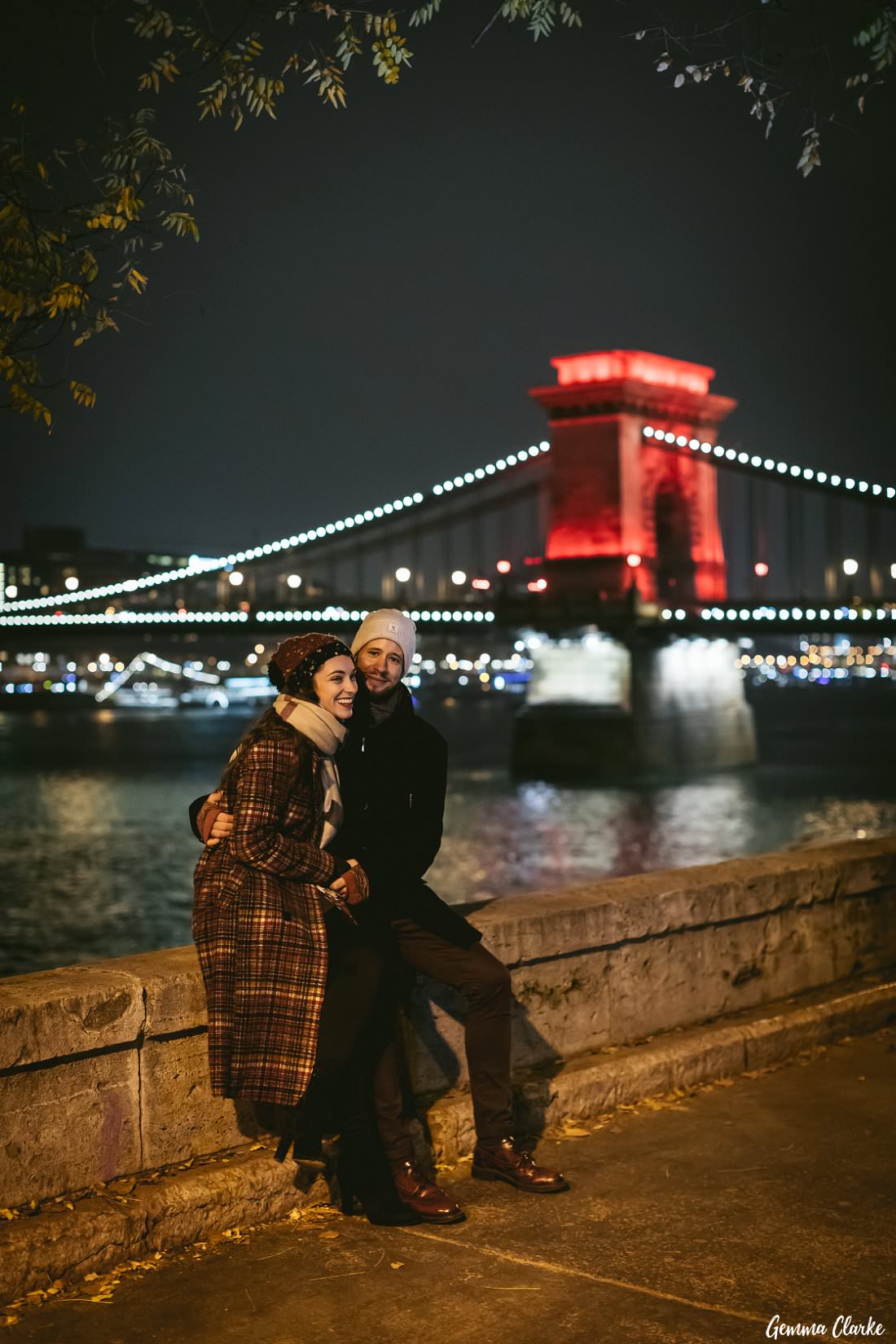 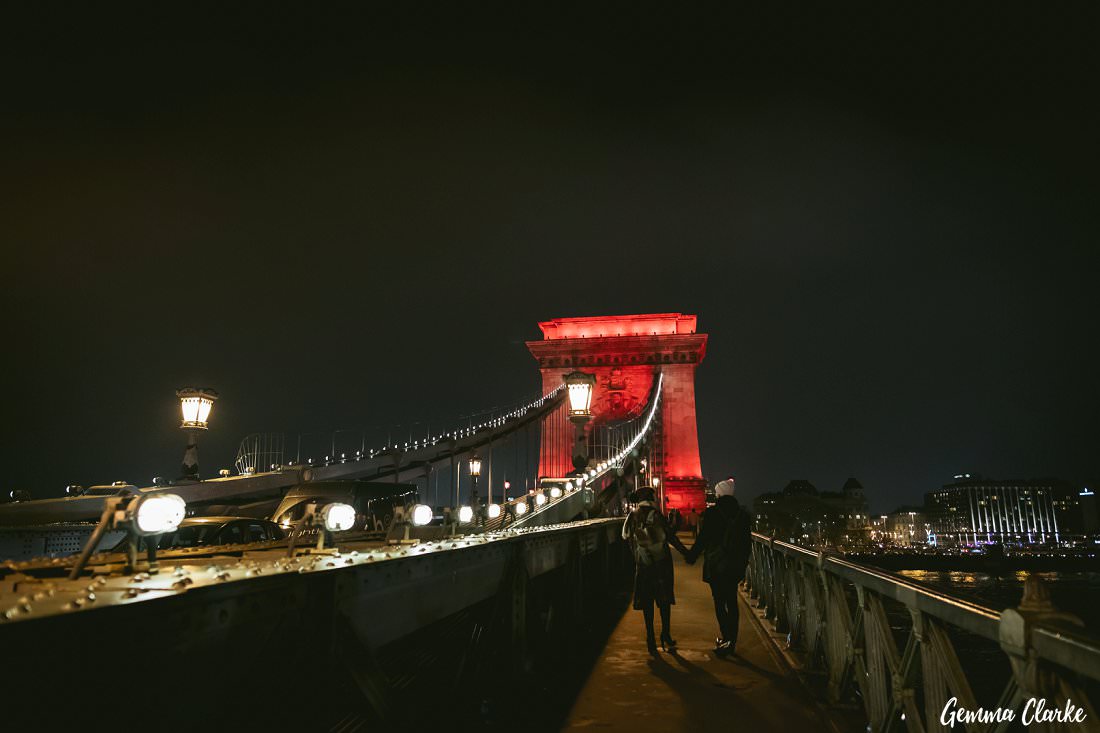